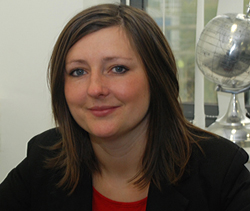 A UNIVERSITY of Huddersfield researcher attended an important event at the United Nations, Switzerland, to make the case for global policy changes so that children subject to immigration processes are never locked up by immigration officials.

Kate Smith (pictured) has worked on the frontline of asylum support services and is now a researcher in the University’s Centre for Applied Childhood Studies.  In tandem with the Centre’s head, Professor Adele Jones, Kate prepared an eight-page submission for the UN’s Committee on the Rights of the Child focusing on the rights of the child in respect of immigration detention in the United Kingdom – a copy of which can be found online. 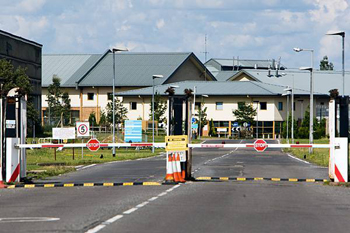 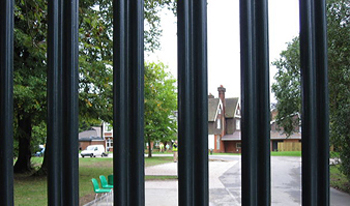 and destination.  A series of recommendations from the day are expected in February 2013.

‌‌Kate Smith herself is in no doubt that asylum seekers and their children should never be detained.  “It is a huge violation of a human right to imprison children and take away their liberty,” she says.

In her submission to the UN and at the day of discussion she described a policy shift introduced shortly after the 2010 General Election, by the new Coalition Government.  It was agreed that children and their families should no longer be detained.

“The reason for that policy reversal was a growing body of research which shows that it was physically and psychologically harmful for children to be detained.  The detention of children is unnecessary and represents a violation of many rights under the UN Convention on the Rights of the Child (UNHCR),” said Kate.

In its submission to the UN, the Centre for Applied Childhood Studies argued that detention was a harmful practice: “We reject accommodating children and families seeking asylum, in ways and locations that result in their isolation from the wider community.  We feel there are both short and long-term benefits to the integration of children and families within the UK population from the very start of their asylum process.”

In the two videos below Kate Smith talks about her research and how she prepared an eight-page submission for the UN's Committee focusing on the rights of the child in respect of immigration detention in the United Kingdom.

However, there is a concern that although the UK government has announced a policy change, children and families are still being detained in significant numbers – possibly as many as 2,000 a year.

“There have been improvements but there are massive gaps in the practice of the policy and flaws in the system,” says Kate.

“There are various loopholes – for example some age-disputed children are being treated as if they are adults and they can be detained.  There are also large numbers of children continuing to be detained when child asylum seekers by wrongly classified as adults meaning the safety of asylum seeking children is often overlooked.”

“Also the detention of parents can mean the separation of children from parents and potentially separation between siblings if children are placed in different fostering arrangements,” added Kate, who is completing a PhD that looks at with narratives of women seeking asylum.

She found the UN Day of Discussion a stimulating experience.

“There were child representatives who spoke from the platform, chaired sessions and we had a very moving theatrical presentation from children who had been detained on their migratory journeys.  There were about 150 people in our working party who came together from many different backgrounds to discuss these complex issues in the context of the convention on the rights of the child.  It was incredibly powerful.”