“…the clichéd image of hard bitten, unemotional cops could not be further from the truth…” 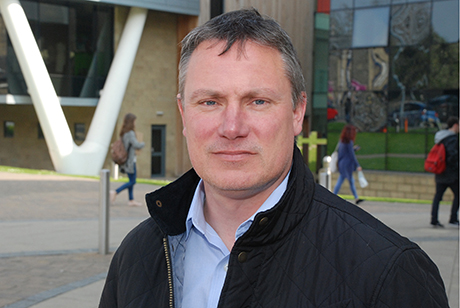 CHILD homicide can shatter families and communities.  But what emotional effect does it have on detectives who might have to investigate such crimes repeatedly during their careers?  University of Huddersfield psychologists are carrying out research into the subject, aiming to build up knowledge that could help ensure the mental well-being of police officers and lead to improved training guidelines.

Findings are discussed in new articles and in May the University is to host its second international symposium on the topic of child homicide Advances in preventing and investigating suspicious child death workshop, 18th and 19th May, 2017.  Heading the work is Reader in Crime and Policing Dr Jason Roach (pictured right), who intends to fill what he regards is a serious knowledge gap.

“When I started looking at the subject of child homicide, I was horrified by the paucity of research. Yet you cannot think of a worse crime,” he said. 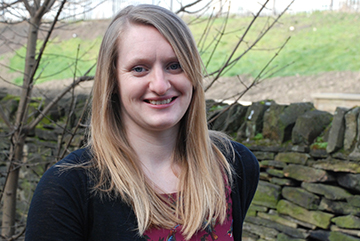 Working with his colleague at the University of Huddersfield’s Applied Criminology Centre, lecturer Kathryn Sharratt (pictured left), and his former PhD student Dr Ashley Cartwright (pictured below right), Dr Roach has embarked on detailed research into the response of police to the challenges of child and adult homicide.

The clichéd image of hard bitten, unemotional cops could not be further from the truth, according to Dr Roach.

“People who are involved in the investigation of child homicide – police officers and pathologists – are human beings.  They aren’t impervious to the same kinds of empathy and grief that affect the rest of us.  So how they cope with it?”

He and his co-researchers have begun to find out via online questionnaires and face-to-face interviews with officers.  The early findings are reported in a new article published by the Journal of Police and Criminal Psychology. 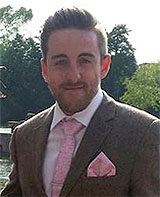 Titled Dealing with the Unthinkable: a Study of the Cognitive and Emotional Stress of Adult and Child Homicide Investigations on Police Investigators, it reports on the result of a survey questionnaire that was completed by 99 experienced police investigators who were invited to take part by the UK Association of Chief Police Officers.  The survey provided evidence that “police investigators experience different cognitive and emotional stressors and effects when investigating child homicide compared with that of an adult homicide”.

It was discovered that officers who had not been  involved in a child homicide investigation for more than six months reported the cognitive and emotional effects to be greater than those who had conducted more recent investigations.

“This is important as it suggests that a significant period of reflection is needed after the investigation has ended in order for investigators to realise the true extent of how their investigations have affected them,” write Dr Roach and his co-authors.

‌They also discovered that: “Experience does not seem to protect investigators against the effects of homicide investigation, whether the victim is an adult or a child, suggesting that de-sensitisation does not kick in for many.  Indeed, we found little evidence that the length of police service provides little by way of protection against the stressors of child homicide investigation, as was found to be the case in studies of stress in more mainstream policing roles.”

The findings reported in the article “have implications for better understanding how police homicide investigators make decisions and for the practical implications concerning the cognitive and emotional well-being of investigators”.

The researchers have now conducted interviews with detectives in England, Wales and Denmark.  Their visit to Copenhagen was enabled because of Dr Roach’s links with Thomas Skou Roer, of the Danish police.  The results of these multi-nation sessions will form the basis of the trio’s next article on the subject of child homicide, adding qualitative detail to the quantitative data in the first article.

In 2015, Dr Roach convened an international symposium on child homicide, and on 18-19 May this year there is to be a new gathering, attended by both academics and police officers.  It will consist of workshops to develop strands of research and Dr Roach aims to bid for funding that will enable a major expansion of his work in the field.