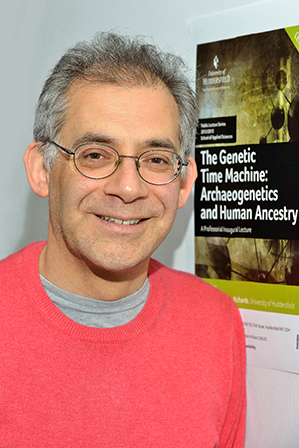 A NEW article co-authored by experts at the University of Huddersfield bolsters a theory that the spread of agriculture throughout Europe followed migration into the Mediterranean from the Near East more than 13,000 years ago – thousands of years earlier than widely believed.

This was during the Late Glacial period and initially the migrants were hunter-gatherers.  But they later developed a knowledge of agriculture from further newly-arrived populations from the Near East – where farming began – and during the Neolithic, approximately 8,000 years ago, they began to colonise other parts of Europe, taking their farming practices with them.

The University of Huddersfield is home to the Archaeogenetics Research Group, which uses DNA analysis to solve questions from archaeology, anthropology and history.  It is headed by Professor Martin Richards (pictured left), and the issue of the genetic ancestry of Europeans has been one of his major research areas for many years.

Now he is a principal contributor to the article that appears in Proceedings of the Royal Society B.  It describes how the researchers used almost 1,500 mitochondrial genome lineages to date the arrival of people in different regions of Europe.

It was found that in central Europe and Iberia, these could mainly be traced to the Neolithic.  However, in the central and eastern Mediterranean, they predominantly dated to the much earlier Late Glacial period.

The authors write that: “This supports a scenario in which the genetic pool of Mediterranean Europe was partly a result of Late Glacial expansions from a Near Eastern refuge, and that this formed an important source pool for subsequent Neolithic expansions into the rest of Europe”. 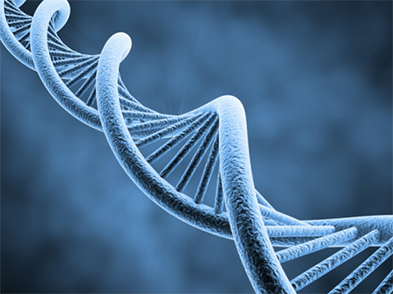 Professor Richards explained that he and his co-researchers carried out their latest investigations using modern DNA samples because in Italy and Greece there is an acute shortage of pre-Neolithic skeletal remains from which ancient samples can be taken.  The warmth of the climate has resulted in low levels of preservation.

“We haven’t been able to fill the gap with ancient DNA, so we found a way to get round that by looking at modern samples.  Instead of dating the lineages across Europe as a whole we have dated them firstly in the Mediterranean area and then we have looked at what happens if you assume that they have arrived in that area and then moved on,” said Professor Richards.

Now he hopes that new sources of ancient DNA in Italy and Greece will be discovered, so that his migration scenario can be tested more directly.

“In the past, it’s been difficult to recover DNA from these kinds of environments but there have been so many technical developments in the recovery of ancient DNA in the last few years that I think it will happen soon.”  In fact, another team of researchers has already confirmed one of the paper’s main predictions, by looking at pre-Neolithic DNA from Sardinia, just one week ago.

The research was carried out primarily by Dr Joana Pereira as part of her PhD project, supervised jointly by Professor Richards and Dr Luisa Pereira of the Institute of Molecular Pathology and Immunology at the University of Porto, alongside Dr Pedro Soares of the University of Minho, in Portugal.  The authors of the new article – titled Reconciling evidence from ancient and contemporary genomes: a major source for the European Neolithic within Mediterranean Europe – also include Dr Maria Pala, who is Senior Lecturer at the University of Huddersfield and a key member of the archaeogenetics group.