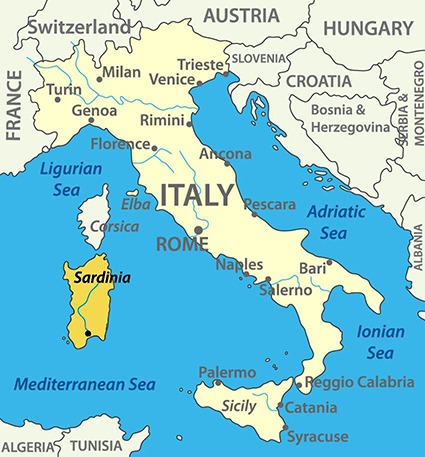 THE island of Sardinia is remarkable for the fact that an exceptionally high proportion of the population is seemingly descended from people who have occupied it since the Neolithic and Bronze Age, between 8,000 and 2,000 years ago.  For centuries after that, they had little interaction with mainland Europe.

Now, University of Huddersfield researcher Dr Maria Pala has taken part in a project that has helped to unlock the genetic secrets of her Mediterranean homeland.  One of the findings is that some modern Sardinians could have evolved from people who colonised the island at an even earlier period, the Mesolithic.

Dr Pala - whose first degree was from the University of Sassari in her native Sardinia – is a Senior Lecturer at the University of Huddersfield and a member of its Archaeogenetics Research Group. The group is led by Professor Martin Richards and includes Dr Francesca Gandini as Research Fellow.  They are all co-authors of a new article, titled Mitogenome Diversity in Sardinians: A Genetic Window onto an Island’s Past, appearing in the journal Molecular Biology and Evolution.

It states that modern Sardinians are a “unique reservoir of distinct genetic signatures” and it describes how the research team, based at a number of UK, European and American universities and institutes, analysed 3,491 DNA samples from the present day population and compared them with 21 ancient samples taken from skeletal remains found in rock-cut tombs spanning from the Neolithic period to the Final Bronze Age. 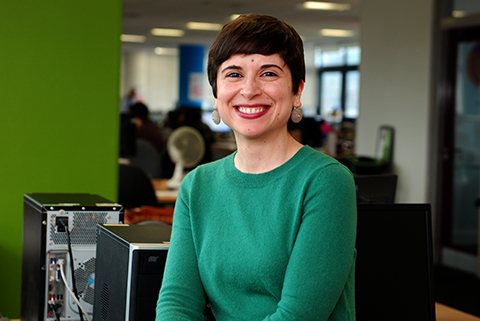 Dr Pala (pictured left) explained that this new study focused on the mitochondrial genome – the maternal line from mothers to daughters – because it provided an unbroken line of descent, much less complex than the whole genome.

It emerged that 78.4 per cent of the modern mitogenomes actually cluster into “Sardinian-specific haplogroups”.

“That percentage is extremely high,” said Dr Pala.  “If you look at Europeans as a whole, you cannot essentially distinguish an English person from an Italian or a French, because Europeans have mixed together for a long time.” 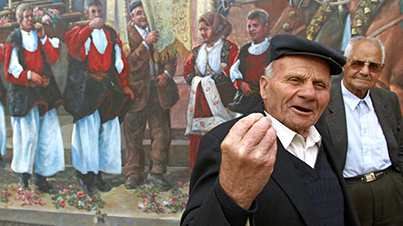 Sardinia has always been an island, but it is believed that there was a time when a lower sea level meant it retained links with the continent, and through these links the first inhabitants reached the island from continental Europe.  Then the sea level rose but, despite this, connections with the continent remained active through the Neolithic and Bronze Age, possibly fuelled by the abundance of natural resources such as obsidian and metals present in the island.

Then, whether suddenly or gradually, these connections were severed or became sporadic so that for thousands of years Sardinians were isolated, developing their own language, culture, society and sense of identity.

To this day, Sardinians speak their own tongue and they remain genetically distinctive, as the new article co-authored by Dr Pala demonstrates.

It concludes that: Contemporary Sardinians harbour a unique genetic heritage as a result of their distinct history and relative isolation from the demographic upheavals of continental Europe.  Whilst the major signal appears to be the legacy of the first farmers on the island, our results hint at the possibility that the situation might have been much more complex, both for Sardinia but also, by implication, for Europe as a whole.  It now seems plausible that human mobility, inter-communication and gene flow around the Mediterranean from Late Glacial times onwards may well have left signatures that survive to this day.