Attitudes to children in care and bullying attacked by speakers 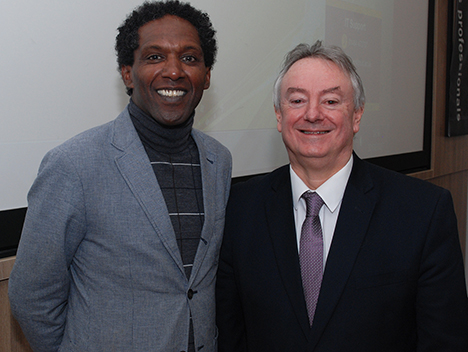 MANY inspirational figures in popular culture – from Harry Potter to Superman – were fostered, adopted or institutionalised as youngsters.  Wider recognition of this could help to dispel prejudice against children in care, claimed poet, dramatist, broadcaster and activist Lemn Sissay when he launched a major student conference at the University of Huddersfield.

The event was titled Finding a Voice and during the day more than 60 third-year Childhood Studies undergraduates gave presentations describing their research projects.  Mr Sissay’s keynote address opened the day, which was closed by a talk from former Children’s Commissioner Professor Sir Al Aynsley-Green, who attacked UK educational policy and stressed the importance of tackling bullying in schools.

The 2017 edition of Finding a Voice – now in its third year – was opened by the University Vice-Chancellor, Professor Bob Cryan.  He introduced Lemn Sissay, who delivered a wide-ranging, entertaining and impassioned talk in which he described his own experiences of being brought up in care and lambasted conventional attitudes towards children in the care system.

“Society assumes that there is some kind of shame attached to the fact that you have been in care,” said Mr Sissay.  He made a satirical argument that conventional families were effectively their own PR companies, covering up their own dysfunctional nature. 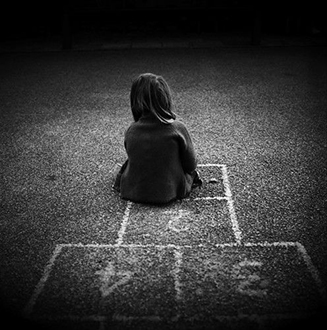 “That PR company is so powerful that children in care – brought up outside of the family structure – expose the truth about family.  That’s why nobody wants a children’s home at the bottom of their street.”

Mr Sissay listed a long sequence of characters from history, legend and fiction who were orphans, fostered, “kinship fostered”, adopted or raised in institutions, including Cinderella, David Copperfield, Jane Eyre, James and the Giant Peach from Roald Dahl, Superman and Harry Potter.

“Fostered and adopted children and children in care have been front and centre in popular culture since our childhood, but we have not seen it, for no other reason than our prejudice against the child in care.  Otherwise we would say ‘that kid’s a foster child, he must be like Harry Potter!’”

He also spoke about his aspirations for the care system in the UK.  “I think it should be so good that there are conferences for social workers on how to stop the middle class parents putting their children into care!” 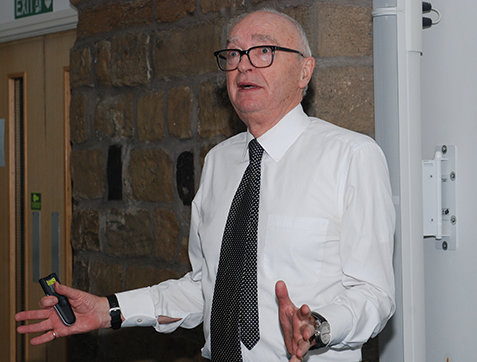 After the students had given their presentations, Finding a Voice concluded with an address from Professor Sir Al Aynsley-Green, an eminent clinician in children’s health who has been President of the British Medical Association and between 2005-2010 was Children’s Commissioner for England.  He has spoken at the two previous Finding a Voice conferences at the University of Huddersfield, where he accepted an Honorary Degree in 2016.

Sir Al’s hard-hitting 2017 address included an attack on the UK’s “utterly dire” educational policies, and an allegation that childhood was being destroyed by propaganda from the Department for Education.  “Relentless testing”, such as SATS, were leading to an “erosion of childhood”.

He traced a thread of “callous disregard for the needs of children” running throughout English history and displayed statistics which showed the UK performing badly in international tables for children’s well-being.

Many of the students in his audience will enter the teaching profession and Sir Al alerted them to the fact that bullying – exacerbated by modern developments such as social media – would be a big issue they would need to confront.

He also spoke of the effects on children of bereavement and grief and described his work with the Childhood Bereavement Network, of which Sir Al is a patron.