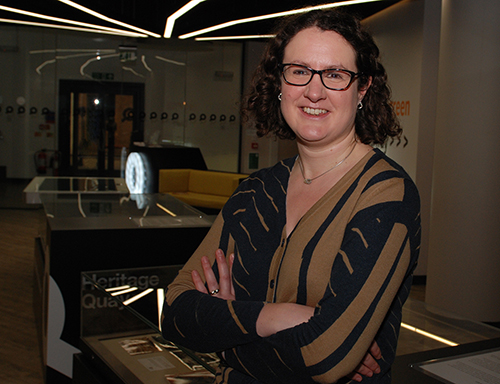 AS the year drew to a close the University’s archive centre Heritage Quay celebrated by adding another win to their awards tally, making 2016 their most successful year to date with five national awards.

The University’s archive centre took the honours in the Society of College, National and University Libraries (SCONUL) Library Design Awards in the Under 2,000 Square Meters category.  The awards, which have been taking place every three years since 1973, recognise the best in the practical as well as the cutting-edge design of higher education libraries.

SCONUL represents all university libraries in the UK and Ireland, as well as national libraries and many of the UK’s colleges of higher education.

The panel of judges cited ‘the University of Huddersfield’s Heritage Quay is an excellent example of a repurposing of social space within a wider library and student services environment, in order to achieve some very clear institutionally led strategic objectives.  In the case of Heritage Quay, these consist of enabling access and increasing visibility of the university’s archives, whilst broadening and developing the collection and securing them for the university and for the people of Huddersfield”.

The Director of Computing and Library Services Sue White said she is thrilled that Heritage Quay has been recognised in these latest library design awards. 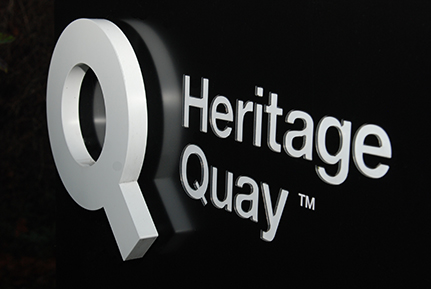 “This award is richly deserved and recognises the transformative effect of Heritage Quay in bringing the collections to new audiences,” said Sue White.  “This has been a remarkable year and great credit is due to the team, as well as everyone else across the University who has had input to the project.”

Heritage Quay – backed by an award of almost £1.6 million from the Heritage Lottery Fund – was opened in 2014 and has quickly gained a reputation as the most advanced and accessible in the sector.  It is now regarded one of the most technologically-advanced archives in the UK and features a high-tec Exploration Space, enabling visitors to sample archival material via touch screens and gesture technology.

The service was Accredited by The National Archives at the beginning of 2016 and won the Buildings That Inspire category of the 2016 Guardian University Awards and was Outstanding Library Team in the 2016 Times Higher Education Leadership & Management Awards.  The fourth title came over the summer when the University’s Archivist and Records Manager, Sarah Wickham, became Record-keeper of the Year, an award organised by the Archives and Records Association.