£1.1m projects to defend against natural disasters in SE Asia 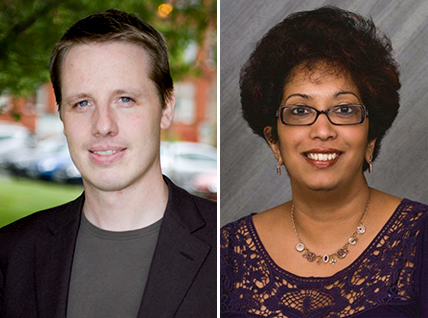 EXPERTS at the University of Huddersfield are heading new projects that will receive almost £1 million in funding to aid vulnerable regions of Asia defend their coastlines against flooding, tsunami and other coastal hazards, and recover more quickly from natural disaster.

One of the schemes sees Professor Richard Haigh and Professor Dilanthi Amaratunga (both pictured right) at the University’s Global Disaster Resilience Centre (GDRC) leading a large multi-national consortium that unites nine Higher Education institutes in Asian countries with five in Europe.  The aim is to increase levels of regional co-operation for multi-hazard early warning, and ensure a multi-disciplinary approach to disaster management.

Named CABARET, standing for Capacity Building in Asia for Resilience Education, this project receives a total grant of 993,340 euros from the EU via the European Commission’s Erasmus programme.

The GDRC is the lead partner in a project that includes universities and institutes in Sri Lanka, Indonesia, the Maldives, the Philippines and Myanmar.  There are also institutes in the UK, Spain, Bulgaria, Malta and Latvia, some of which specialise in fields such as hydraulics and geology. 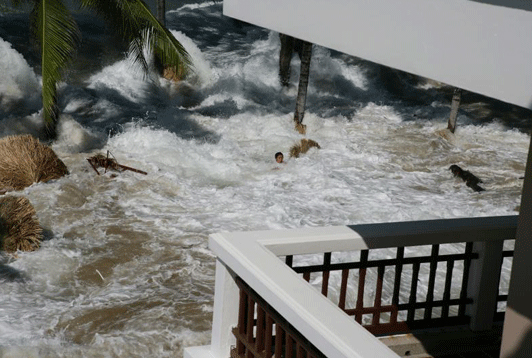 Professor Richard Haigh, who is Co-Director of the Huddersfield’s GDRC, said that the goals of CABARET were to build up the capacity of the Asian partners so their coastal communities had better early warning systems and were more resilient to natural disaster.  Partnerships will be forged between academic and non-academic institutions, such as government agencies. 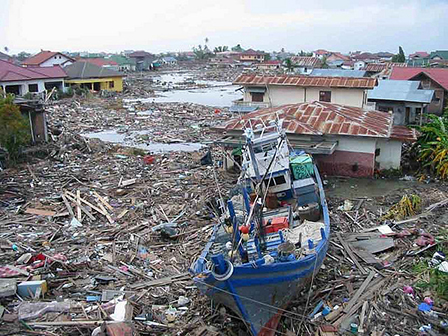 A multi-disciplinary approach will also be developed.  Specialists such as geographers, oceanographers, engineers and sociologists will be encouraged to work together and learn from each other.

“The complexity of the problems we are addressing mean that a lot of different skills come together, but disciplines tend to work in silos, with people using different terminology and methods,” said Professor Haigh.

“If we put people into multi-disciplinary teams that will allow us to address more complex issues.  For example, you might be looking at hard infrastructure such as barriers to mitigate the impact of flooding, but you also need to look at the social-economic impact of that infrastructure – what type of effect it has on livelihoods and people’s quality of life.”

CABARET is a three-year project and in addition to virtual meetings on-line, the 15 partners will assemble for physical meetings twice a year.  A PhD researcher, to be based at the University of Huddersfield, will be recruited.

Professors Haigh and Amaratunga at the GDRC are also embarking on an 18-month research project with Dr Harkunti Rahayu (pictured below right) at the Bandung Institute of Technology in Indonesia.  This receives total funding of £116,000, including £96,820 from the UK’s Newton Fund.  The project builds upon a successful Researcher Links workshop organised by the two institutions in October 2015.  The workshop was attended by over 40 early career researchers and mentors from the UK and Indonesia, and focused on the development of disaster resilient coastal communities.

Indonesia has one of the fastest-growing economies and populations in the world, and this is leading to massive levels of coastal development in a country that was the worst affected by the Asian Tsunami of 2004.

The effects of climate change could add to the vulnerability of coastal Indonesia, and one of the aims of the collaboration between Huddersfield’s GDRC and the Bandung Institute is to ensure that climate change adaptation is incorporated into disaster risk reduction strategies in the country.  This will be achieved by working closely with Associate Partners in the region.  These include the Ministry of Agrarian and Spatial Planning, the National Disaster Management Agency (BNPB), the Meteorology, Climatology and Geophysical Agency (BMKG), and ICG/IOTWS. 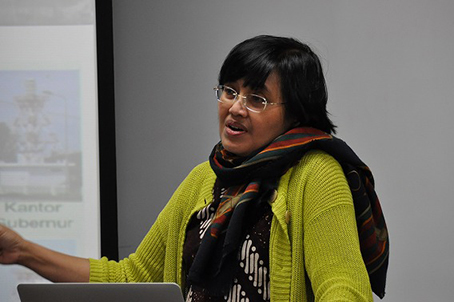 “Disaster risk reduction is very much looking at current issues, but climate change is looking at projections over the next 10, 20 or 30 years, and the expected increase in the frequency and intensity of climatic hazards such as cyclones and flooding events,” said Professor Haigh.

The case for increased capacity to cope with extreme situations in the future can meet objections on grounds of cost.

“So we have to put forward a strong enough case to educate government and communities so they understand that although they are having to invest in these measures rather than, say, improved housing, schools or roads, it will ultimately be beneficial,” said Professor Haigh.

During the GDRC’s collaboration with the Bandung Institute of Technology, the partners will work closely with government officials so that climate change adaptation can be embedded in long-term development plans.