Doppler database could save lives of heart condition sufferers 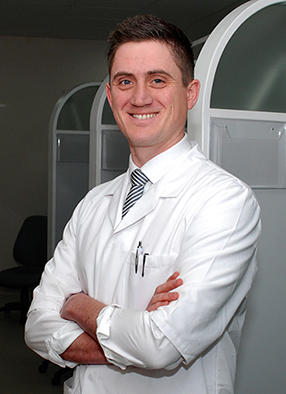 HANDHELD devices can scan the lower limbs of a patient and “listen” to the blood flow, providing vital early indication of problems that could lead to strokes or heart attacks.  But inexperience or lack of training sometimes mean that clinicians do not properly interpret what they hear and therefore miss the warning signs.

Now, a University of Huddersfield expert has been awarded a research grant that will enable him to build up a digital library of the different foot and leg artery sounds recorded during the Doppler ultrasound procedure.  It will become an important, widely available aid, boosting and refreshing knowledge gained by clinicians during their training.

Andrew Sharpe (pictured right) is a podiatrist who obtained his qualifications at the University, where he is now a Lecturer Practitioner.  He is also an Advanced Podiatrist and Team Leader forSouthport and Ormskirk NHS Trust.  Like others in his profession he uses Doppler ultrasound on a daily basis. 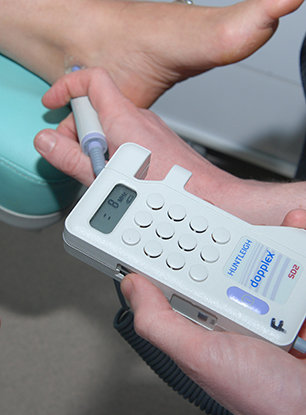 He describes it as a portable, non-invasive, quick and relatively cheap way of assessing limb arterial disease, known to be a precursor to cardiovascular disease such as heart attack and stroke, of which the first symptoms could be leg pain.

But a lack of accuracy, reliability or confidence on the part of the user can falsely reassure patients that there is no disease present, so that they miss out on potentially life-saving treatment.

Mr Sharpe said that the clinician was listening for three basic sounds, known as tri-phasing, bi-phasing and mono-phasing.  In a healthy artery there would be both backward and forward blood flow.  As an artery reduces with age, there will be a forward flow with a slight back flow.  But if a single flow is detected, then that signifies a real reduction and the possibility of cardio-vascular problems.

‌“The issue that users face is the distinction between a clear double sound and a flat single sound.  You are listening for that extra blip and it is down to whether you pick it up,” said Mr Sharpe, adding that confidence came from experience and practice. 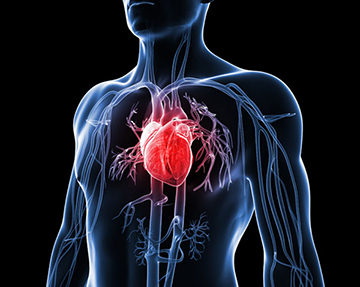 Suppliers of Doppler ultrasound devices do supply audio examples, but now the Urgo Foundation, which funds innovative medical research, has granted Mr Sharpe £10,000 for a 12-month project which will seem him compile recordings of dozens of foot and leg scan sounds – plus sounds from the groin and behind the knee.

He will then select the best and most representative sounds and hold discussions with expert clinicians on how to interpret them.  Case histories accompanying each sound will form part of his digital library, which will be obtainable via the web.  It is also planned to develop a smartphone app.

Mr Sharpe stresses that the library is not intended as a tool for gaining initial competency.

“Practitioners should already know what they are listening for.  The library will give them increased exposure to sounds and help with their overall confidence.  It will also be a self-teaching tool for an experienced clinician.”

Mr Sharpe will obtain the sounds from his NHS practice and will also work with the Royal Liverpool Vascular Laboratory.