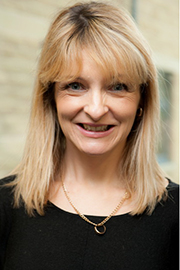 THE vast bulk of international internet traffic is carried by subsea cables, which also play a significant role in electricity distribution.  At least £65 billion of economic activity in the UK each year relies on the subsea cables industry. As the sector grows, it will provide a massive boost to the country’s economy, from financial services to manufacturing. Brexit will mean challenges… but also opportunities.

These are among the findings of a detailed investigation carried out by analysts at the University of Huddersfield, helping it to become established as a centre of expertise on the economics and strategic importance of subsea cables.

A team at the University’s Business School, headed by Caroline Elliott, (pictured left) who is Professor of Industrial Economics, has completed an 81-page report titled An Economic and Social Evaluation of the UK Subsea Cables Industry. 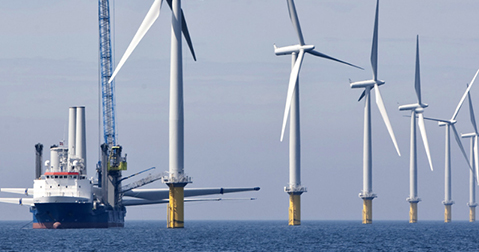 Professor Elliott presented the findings at a recent London conference of the European Subsea Cables Association.  The document was enthusiastically received, she said, because this was the first time that the scale and importance of the sector had been fully quantified.  Now, it is hoped that she and her colleagues will carry out further research, at UK and European level, into the subsea cable industry.

The report was the result of a year-long project commissioned by the Association.  Professor Elliott’s groundwork established that £62.8 billion per annum of economic activity in the UK’s digital economy relies on the UK subsea cables industry.  £2.8 billion of economic activity in the UK electricity industry relies on the UK electricity subsea cables sector, which enables the importation and exportation of electricity and connects renewable offshore electricity production to the national grid. 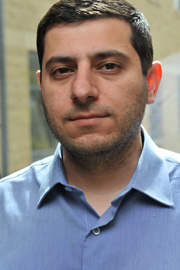 Dr Omar Al-Tabbaa, (pictured left) a Senior Lecturer in Strategy who also has a background in engineering and project management, then identified and researched stakeholders in the subsea cables industry, leading to qualitative research that helped establish its societal value and significance.

This is in turn was the basis for detailed quantitative analysis by Dr Eric Tchouamou Njoya (pictured right).  He used a sophisticated technique termed Computable General Equilibrium modelling, enabling him to measure the economic value of subsea cables in exceptional detail and also carry out a “what if” analysis, measuring the impact that would be made by growth in telecoms or electricity industry on the subsea cable sector. 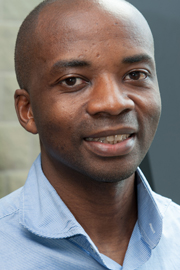 ‌The European Subsea Cables Association was keen that the project should provide an opportunity for a postgraduate researcher.  Artur Semeyutin, from Turkmenistan, studying for a PhD in economics and econometrics at the University of Huddersfield, was brought into the team, providing research assistance to Dr Al-Tabbaa and Dr Noya.

The report appraises the effect on the subsea cables industry from Britain’s vote to quit the EU.  For example, it concludes, “the impact of ‘Brexit’ both on the desirability and feasibility of offshore wind, and on imports of electricity from the EU remain highly uncertain.  Further uncertainty surrounds changes in legislation concerning the laying and maintenance of subsea cables that are expected in light of Brexit”.

However, there could be benefits to the industry if Brexit offers an opportunity for greater transparency of legislation. 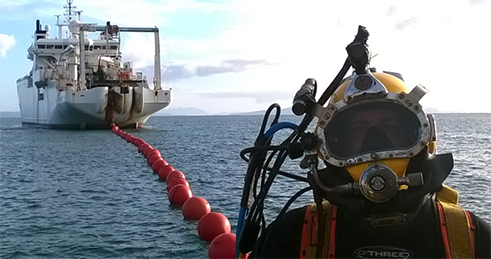 “As an applied industrial economist, I have worked on various industries, but this was completely new and it was eye-opening to realise just how important the subsea cable industry is.

“I had the same misconception that I think most people have – that most international internet traffic travels through satellites, when in fact 97 per cent of it travels through subsea cables. By comparison, satellites are completely inefficient and subsea cables are absolutely the future for international digital traffic,” said Professor Elliott.

She added that she hoped that the University’s newly-acquired expertise in the  sector would lead to further, pan-European  research projects and it was intended to write up the existing findings for an academic journal.