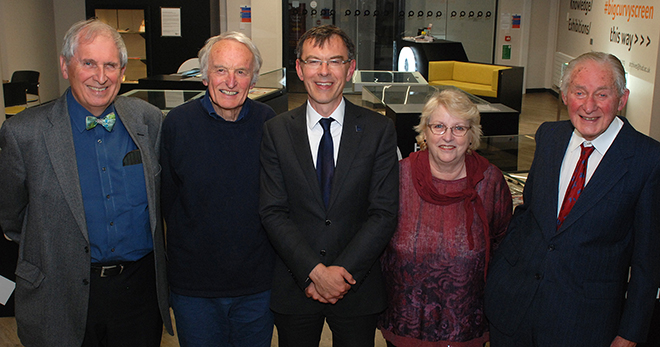 ‌THE archive of an award-winning Society, which for the last 60 years has taken part in hands-on archaeology in the Kirklees area, has been deposited into the University’s official archives at Heritage Quay where it can be enjoyed by many for years to come.

The Huddersfield and District Archaeological Society (HDAS) was founded in 1956 and their extensive collection records more than thirty significant investigations of Roman roads and settlements, prehistoric sites and medieval and post-medieval industrial activity.

The items range from field notes to finished publications and there are maps, plans and a large collection of photographs and videos together with details of the Society minutes and the yearly cycle of lectures that are open to the public. 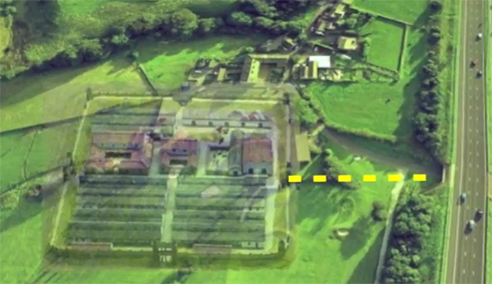 ‌‌Gerrie Brown co-ordinated the collection and says the Society is pleased the items are now in Heritage Quay where they can be seen by other archaeologists, students and members of the public, rather than being stored away in poor conditions where they might be vulnerable to damage.

“Mixed paper documents need to be in a temperature and humidity controlled environment,” said Gerrie, “because of this we are extremely grateful to have a local, state-of-the-art facility such as Heritage Quay to house the collection,” he added.

Some of the most notable pieces in the archive belong to archaeological digs of the vicus – civilian area – of the Slack Roman Fort near Outlane which took place in 2007, 2008 and 2010.  Here they uncovered new evidence that showed the Roman presence at Slack continued well into the 3rd and possibly 4th centuries AD even after the Roman army had moved north to Hadrian’s Wall and the military use of the fort had ended around 140AD.

“Such was the interest in this work that an academic publishing house called Archaeopress in Oxford agreed to publish The Romans in Huddersfield – a New Assessment (BAR620) in their prestigious British Archaeological Report series,” said Gerrie. 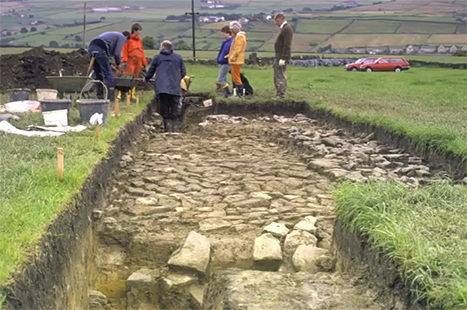 It was the gathering of information for this report, published in 2015, which demonstrated the need for a more permanent and singular home for the items.  Still in the Society’s possession are numerous items of pottery, tile and glass because they require a different environment to mixed paper documents.

“There is a sadness that we can’t get the pottery in, but I live in hope that someday we will find a home for the pottery somewhere in Huddersfield,” said Gerrie.

Lindsay Ince, Heritage Quay’s Assistant Archivist & Records Manager, says the work of organisations like HDAS is important to the understanding of the past through archaeology.

“We are delighted to make the Society’s archive available for use,” said Lindsay.  “Voluntary societies like HDAS often have the resources to do fieldwork and research which otherwise wouldn’t happen.”

One such piece of research is the exploratory excavation of a strange D shaped enclosure in Honley Old Woods.  If HDAS can find definitive dating evidence to place it in the Bronze or Iron Ages, it will make a case for Historic England to schedule the site and give it protection for the future.

There are also ambitious plans to re-start archaeological investigations of the well-known Almondbury Hill Fort on Castle Hill in Huddersfield and project design and fundraising activities are currently underway.