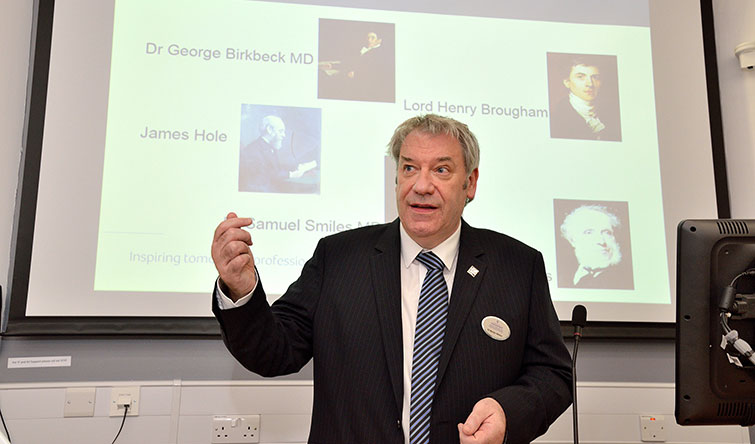 Dr Martyn Walker talked about the Huddersfield Mechanics Institution, the foundation for the modern University 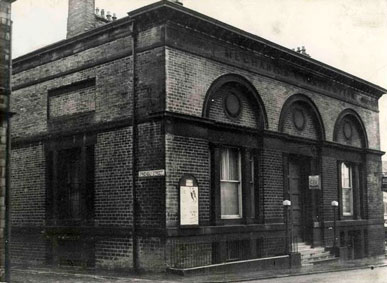 ‌THE roots of the University of Huddersfield can be traced to an institution founded 175 years ago.  A leading educationalist of the period described it as “a model for Yorkshire and England”.  This was the Huddersfield Mechanics’ Institution, and its origins, its progress and its place in Victorian educational culture were described at the opening lecture of a special series.

Titled The Class of 1841, it was delivered by Dr Martyn Walker, of the University’s School of Education and Professional Development.  He is a historian of the Mechanics’ Institute movement and opened his lecture by describing its origins in the early nineteenth century and describing some of the key figures behind it.  They included Sir Edward Baines, proprietor of the Leeds Mercury newspaper and the man who later paid a special tribute to the Huddersfield Institution.

The first Mechanics’ Institutes opened in 1824 in Glasgow and London.  A Huddersfield institute did open in 1825, but had a chequered existence.  It was in 1841 that a Young Men’s Mental Improvement Society was established in the town, soon changing its name to Huddersfield Mechanic’s Institution, offering subjects that included pneumatics, chemistry, geography, grammar, French and industrial drawing as well as heavily subscribed classes in elementary reading, writing and arithmetic.

Classes at the institute were attended by young men from a wide variety of trades and the support of local manufacturers was sought on the grounds that there was an urgent need for skilled designers.  By 1850, the Huddersfield Institution was the tenth largest by membership in the entire country and second only to Leeds in Yorkshire.  It was punching above its weight, said Dr Walker, and its success was down to factors that included the hard work of its first President, local manufacturer Frederick Schwann.  He was also the founder, with his wife Mary, of a Female Educational Institute in the town. 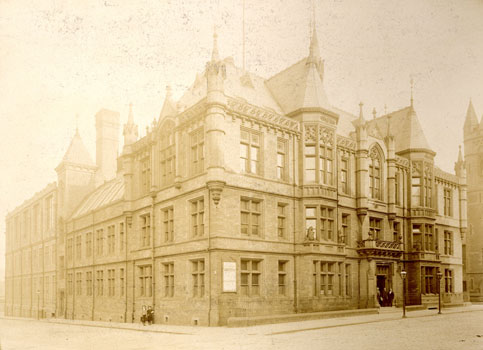 The Institution’s success depended greatly on parents and guardians enforcing attendance and employers arranging hours of work so that young men and boys could attend classes at 8pm. Committee members made visits to those who were poor attendees, and it was stated that:  “the irregularity of attendance is much to be deplored, forming, as it does, so great a barrier to discipline and progress”.

Notable achievements of the Huddersfield Mechanics’ Institution included the fact that in 1856 it became the first North of England centre for the new nationwide exams set by the London-based Society of Arts.  The Institution was always financially sound and debt-free, raising money from sources that included popular galas, plus public readings and lectures.

After occupying a series of rented buildings it acquired its own purpose-built premises, first at Northumberland Street and, in 1883, the large and ornate Ramsden Building that is now the historic heart of the modern University of Huddersfield campus.

Dr Walker took the story to 1889, when new legislation enabled local authorities to levy special rates in order to provide technical education.  This meant closer government intervention in the field.  But the voluntarily-funded Huddersfield Mechanics’ Institution was the inspirational foundation for the modern University. 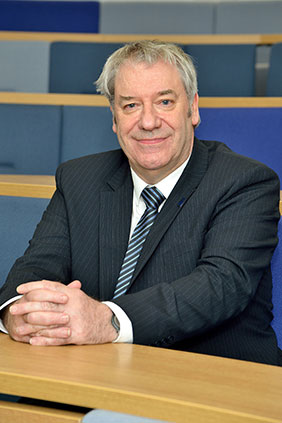 Some historians and educationalists have claimed that the Institute movement was not a success in providing technical education to ordinary people.  In his publications and thesis, Dr Walker has argued forcibly against this interpretation and told his lecture audience how well the Huddersfield Institution responded to the need for elementary education as well as industry-relevant subjects.  It was also responsible for the beginnings of Higher Education in the town and women were encouraged to attend, after a merger with their institute.

Dr Walker’s lecture was introduced by the Deputy Vice-Chancellor of the University of Huddersfield, Professor Tim Thornton, who told the audience that the role of Frederick Schwann in fostering the Mechanics’ Institution would be commemorated when his name is bestowed on the University’s Central Services Building.  Professor Thornton also drew attention to the next three lectures in the 175th anniversary series: