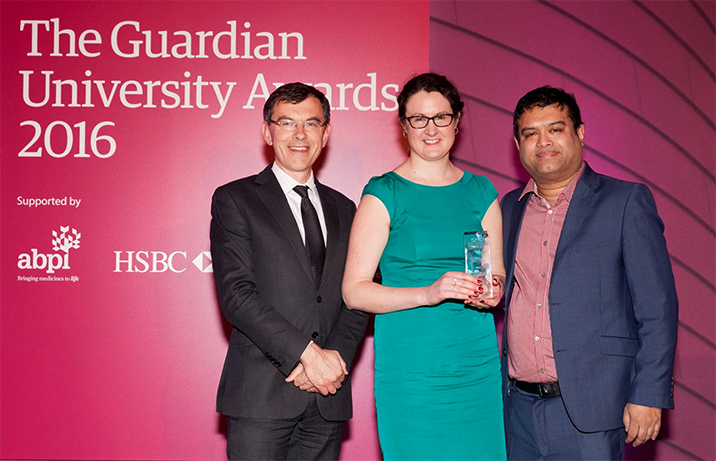 THE University of Huddersfield is a winner in the 2016 Guardian University Awards for its innovative new archive centre.

Heritage Quay took the honoursin the Buildings that Inspire category.  The award comes just weeks after the centre received its Archive Service Accreditation.

The University’s official archive is an inter-disciplinary space where people from both within and outside the University community can engage with historic collections.  These cover a variety of areas including music, the arts and sport, and date from the sixteenth century to the present.

Through its widening participation programme, Heritage Quay has been extremely successful in engaging the community across Yorkshire and the rest of the country.  Visitors have ranged from the under 5s, to the over 90s, to public events such as the Roots of Rugby League adult learning course, the Listening Room music club, Conducting for Beginners and theatre from one of the UK’s most prolific touring theatre companies, Mikron.  This work was commended in the Royal Historical Society’s inaugural Public History Prize.

Heritage Quay was applauded by Guardian University Awards for the way the building is used by students and staff as a social space as well as for the opportunities it provides for teaching and research.  Also noted were the regular student work placements and the 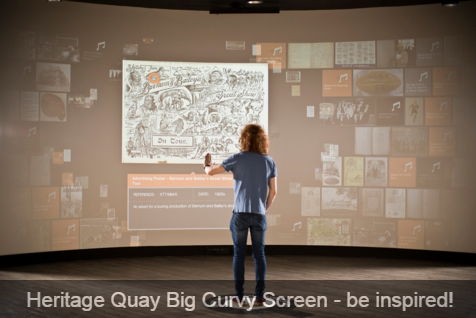 The recognition is the UK standard for archive services and defines good practice and identifies agreed standards within the archive sector.  This UK-wide quality standard offers a benchmark for gauging performance and recognising achievements and is awarded by the UK Archive Service Accreditation Committee.

To achieve the accreditation, Heritage Quay had to show the panel that it provided a high-level of service to its users, preserve their collections in line with national standards and are a robust, sustainable service which plans to deliver ongoing improvement.

The Accreditation Panel cited ‘the recent years of hugely impressive development to this archive service, and the overall uplifting and positive impression of the service in this application’.  It also noted that ‘outputs of recent years included a very sound policy basis for the service to develop in future, in addition to the significant achievements supported by a major grant award’. 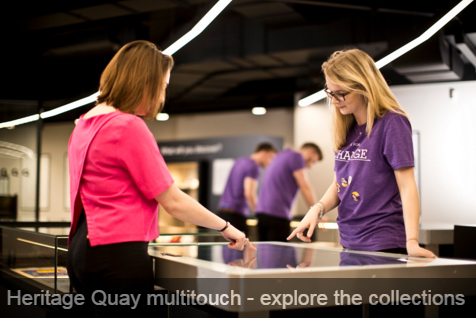 Becoming accredited has been a considerable achievement by all of the staff working in Heritage Quay said the University’s Archivist and Records Manager Sarah Wickham.  “Archive Service Accreditation recognises the high-quality work we do,” she said.  “We are a relatively new team so to achieve this endorsement in such a short space of time is absolutely fantastic.”

Heritage Quay was opened in 2014 by Gary Verity, Chair of the Heritage Lottery Fund, Yorkshire and the Humber, after the University was awarded almost £1.6 million from the HLF to develop a new archives centre.  It is now regarded one of the most technologically-advanced archives in the UK and, featuring a high-tec Exploration Space, enabling visitors to sample archival material via touch screens and gesture technology.

The accreditation is much sought after and brings Heritage Quay alongside other accredited archives including The National Archives, the National Library of Wales and the London Metropolitan Archives.