How the Festival of Britain created a new York! 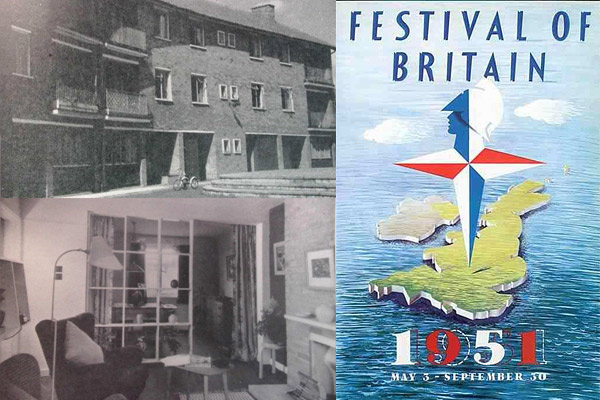 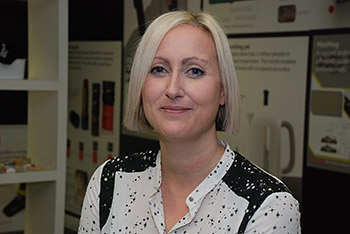 ‌YORK was famous for its Roman ruins and medieval buildings. But in the aftermath of World War Two, its political leaders wanted to turn it into a city of the future. Now a University of Huddersfield lecturer has been researching attempts to transform the image of York during the 1951 Festival of Britain.

In doing so, Caterina Benincasa-Sharman (pictured), who is a Senior Lecturer in Historical and Theoretical Studies in the School of Art, Design and Architecture, is one of a new wave of researchers paying greater attention to a neglected period in British architectural history. 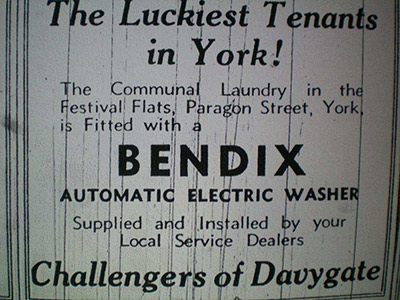 ◄ A sign stating the tenants of the Festival Flats were the luckiest in York because it had a communal Bendix Automatic Electric Washer.

York has proved to be a fascinating case study that will be a crucial element of a doctoral thesis that Caterina is now completing.

The Festival of Britain – intended as a tonic for the nation after years of post-war austerity – is often regarded as essentially a London event. But it was marked throughout the nation and Caterina has uncovered large quantities of material showing how the Festival was celebrated in Northern cities.

She decided to focus on Liverpool and York and one of her most recent research outputs was a presentation at a Stirling University conference entitled Reading Architecture Across the Arts and Humanities. Her paper was Architectural Nous: How York Wrote its Identity Through Architecture During the 1951 Festival of Britain. 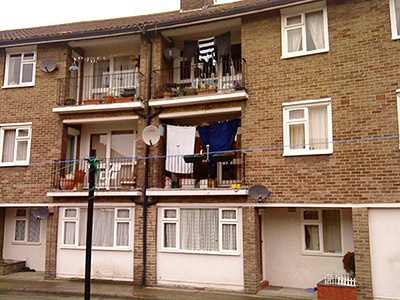 ►The Festival Flats in Fishergate are still in good condition today.

“They saw this as a way of proving that York was looking to the future, that it could be world-leading in its architecture and become a model for other places,” said Caterina. 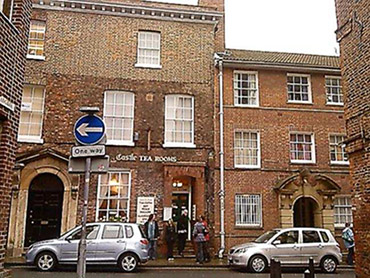 Both blocks of flats are still public housing and in good condition, said Caterina. Now her research into the genesis of the buildings, a part of York’s multi-stranded approach to the Festival of Britain, will feed into her thesis, as it has done to her lectures in the history of architecture.

Caterina believes that immediate post-war architecture is a subject that has been under-researched and her work on York in the Festival of Britain has helped her to enter the field.