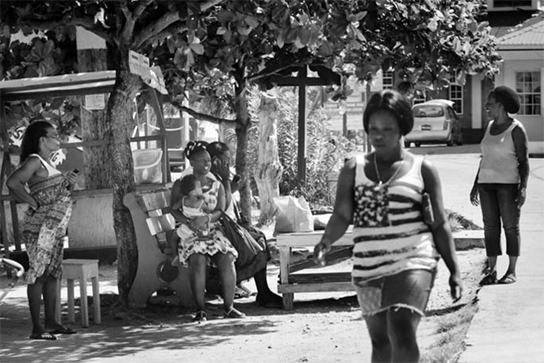 Women in the East Caribbean

The interactive, role-playing computer game – designed to educate – will be used in both the East Caribbean and the UK 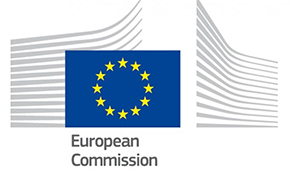 IT is often claimed that computer games encourage violence.  But now a major EU-funded project at the University of Huddersfield will lead to the development of a game that aims to do precisely the opposite, by helping to reduce levels of domestic violence.

A team headed by Professor Adele Jones – an expert on social work and issues including child protection – includes Professor Minhua Ma, who has a global reputation in the field of serious games designed to bring about improvements in fields such as healthcare.  The inter-disciplinary group has now been awarded 400,000 euros via the European Union’s Delegation to the Eastern Caribbean Research Programme: Towards a Future Free from Domestic Violence. 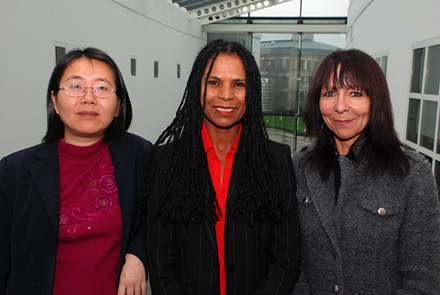 This will fund a multi-faceted investigation of domestic violence in the Caribbean countries of Grenada and Barbados.  The research will be mirrored in the UK by another member of the team, Gill Kirkman, (pictured far right) who is Subject Leader in Social Work at the University’s School of Human and Health Sciences.  Also taking part in the project is Reader in Criminal Psychology Dr Daniel Boduszek.

Data will be used to develop an interactive, role-playing computer game designed to educate and influence attitude change among potential perpetrators of violence while seeking to empower those who are at risk of victimisation.

“There is enough evidence to tell us that computer games can generate violence,” said Professor Jones.  “So what we want to do is look at how we can create an educational tool that might begin to generate empathy – or non-violence.”

Professor Ma – of the University’s School of Art, Design and Architecture – added that it had been shown how games could be used to change behaviour and attitudes, and that would be her goal under the new project.

The project has been named None-in-Three, derived from the finding that one-in-three women and girls experience violence in their lives. 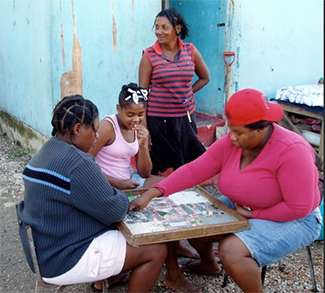 “That’s a fairly global statistic, but the problem of domestic violence is identified as being particularly acute in Latin America and the Caribbean,” said Professor Jones, who has carried out extensive, impact-based research in those regions.

The University of Huddersfield will implement the project in partnership with the Grenada-based Sweet Water Foundation, which campaigns on child sexual abuse, while Huddersfield’s links with the University of the West Indies will help to ensure that the research outcomes have maximum impact across the region.

Professor Jones said that the research would also focus on vulnerable and marginalised groups of women.

When the computer game has been developed it will be piloted among groups of young people in the Caribbean.  Its language would be adaptable for different countries, although the basic content would probably remain the same, said Professor Ma.  A specially-appointed post-doctoral research assistant will work alongside her in developing the game and there will also be opportunities at the University of Huddersfield for PhD students to work alongside Dr Boduszek (pictured right).

Gill Kirkman will draw on long experience as a social worker in the field of child protection for her UK-based contribution.

“A large part of it is about hearing the voices of young people, so a young person’s advisory group would be very helpful in building the game,” she said, adding that she had gained insights from recent experience of an immersive, interactive game around the theme of child protection, aiming to build empathy and emotional intelligence.