“…the device allows early assessment of the effects of drugs on tumours, speeding up the adoption of those that are shown to be therapeutically effective…” 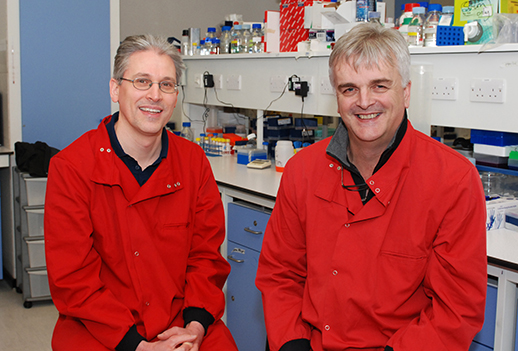 RESEARCHERS at the University of Huddersfield have helped develop a lab device that could speed up the adoption of new anti-cancer treatments (see videos below).

It is a small, versatile and simple-to-use microfluidic system that consists of a series of chambers, enabling scientists to monitor the response of hypoxic cells – deficient in oxygen and therefore resistant to therapy – when drugs are introduced.

Professor Roger Phillips and Dr Simon Allison at the University of Huddersfield formed a collaboration with researchers in Spain – based at institutions that include the Aragon Institute of Biomedical Research – after meeting them during a project that involved a UK scientific instrument-making company.

This led to research and development of the new microfluidic device, now described in an article, with Professor Phillips and Dr Allison among the co-authors.  Titled Development and characterisation of a microfluidic model of the tumour microenvironment, it appears in Scientific Reports, from the publishers of leading journal Nature.

Professor Phillips is a specialist inthe evaluation of new anti-cancer drugs, with a specific interest in the micro environments surrounding tumours as a target for drug development.  He explained that the advantage of the new device – made of glass or plastic – is that it enables researchers to visualise the micro environment and monitor how cells respond in real time to the drug being tested.

‌Also, the test cells – after being grown in the lab – can be spheroid, as opposed to the flat “2D” cells normally relied on by researchers.  The “3D” nature of cells inside the microfluidic device means that it is possible to visualise what is happening to them internally. 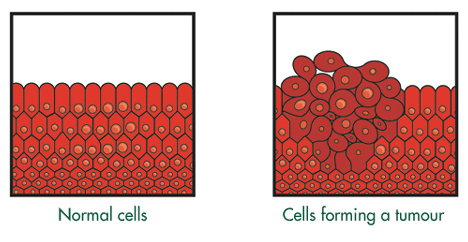 “We can see the drugs moving in, and see hypoxia developing in the centre,” said Professor Phillips, who added that the new system could also be used for a wide range of other applications.

One of the conclusions of the article in Scientific Reports is that while there have been major improvements in knowledge of cancer cell biology, clinical approval of new drugs has not kept pace.  One strategy in response is to “develop new in vitro preclinical models that are better predictors of success in advanced preclinical and clinical testing”.

Now the microfluidic device will help address the urgent need for a new in vitro model able to mimic key aspects of the tumour microenvironment and therefore allow early assessment of the effects of drugs, speeding up the adoption of those that are shown to be therapeutically effective.

Death of cells or necrotic core generation, in this case on the human colon cancer cell line (HCT116 cells).

The time-lapse video shows the change in HCT116 cell viability following seeding in hydrogel in the central microchamber of the device and the gradual formation of a necrotic core of HCT116 cells during the first 24 hours. Cell seeding density was 40 million cells/ml and cell viability was detected using CAM and PI staining, which labels viable cells in green and dead cells in red respectively.

The time lapse video shows the green-fluorescent bead flow of the drug as it occupies the small intervening space or interstice.