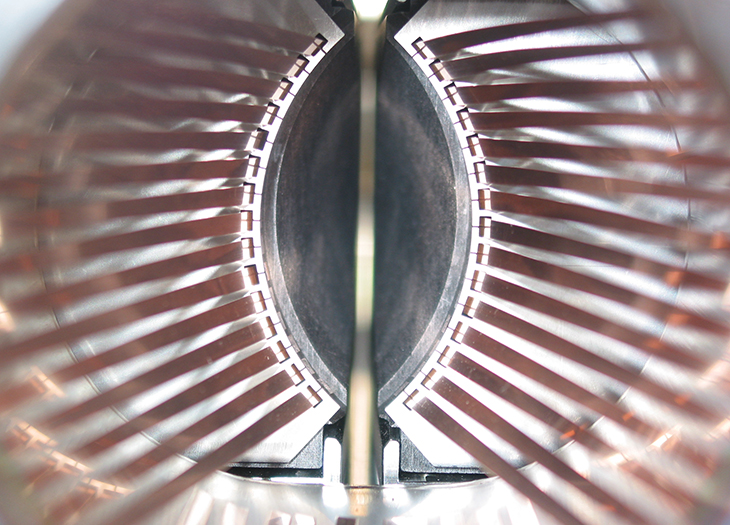 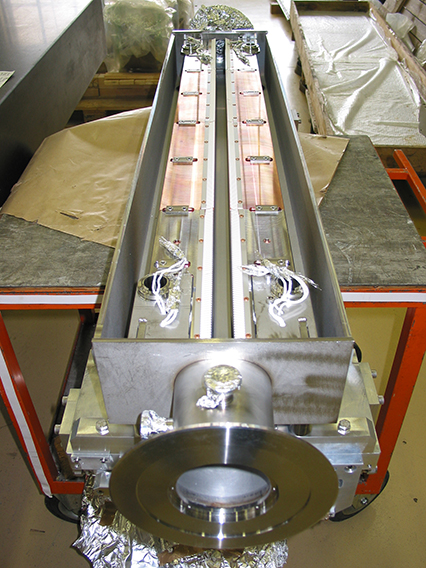 SCIENTISTS and engineers at the University of Huddersfield are to develop vital new technology for the world’s most famous research facility – the Large Hadron Collider (LHC). 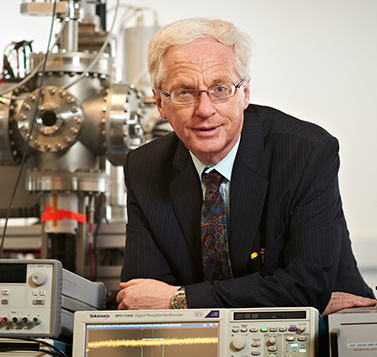 Based at the Swiss headquarters of CERN – the European Organisation for Nuclear Research – the LHC is the world’s largest and most powerful particle accelerator.  There is a project to increase the amount of data that the experiments can gather in their search for new particles, by boosting the LHC’s luminosity.  But for this to be successful it is vital that improvements are made to the collimation system.

A crucial part of the LHC, this consists of devices – collimators – which ensure that beams of accelerated particles that travel around in bunches are cleaned and do not veer off, causing serious damage.

‌“It would be a disaster if that happened.  The whole LHC would be shut down for many months,” said Professor Roger Barlow (pictured left), a leading particle physicist who heads the International Institute for Accelerator Applications at the University of Huddersfield.

With colleagues at the University of Manchester, he has been carrying out computer simulations of the LHC’s collimation system.  When the UK’s Science and Technologies Facilities Council (STFC) began to collaborate with CERN on the LHC’s luminosity upgrade, Professor Barlow was enlisted to develop programs and simulations that would enable the development of new collimators.

He knew that an ideal candidate to lead the design and manufacture of a prototype collimator would be Dr Simon Fletcher (pictured left), of the Engineering Control and Machine Performance Research Group that is part of the University of Huddersfield’s Centre for Precision Technology, globally respected for its work in metrology and advanced manufacturing.

‌‌Professor Barlow and Dr Fletcher have been awarded a total of £639,336 comprising contributions from both STFC and CERN in order to carry out work on the vital LHC upgrade and Dr Fletcher has now embarked on a three-year work package that will lead to the production of a new collimator prototype. 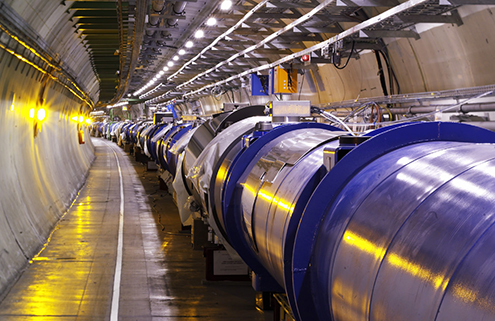 He describes the collimator as essentially two opposing jaws – about 1.2 metres in length that sit in close proximity to the beam.  They have to be manufactured from material such as carbon fibre reinforced carbon composite that can absorb radiation since their role is to “tidy up” stray particles and for this they have to be absolutely straight and parallel.

To ensure this, Dr Fletcher plans a switch from a passive to an active system for the LHC’s collimators.

“Simulations and operational experience show that the jaws can lose their straightness over long operating periods and during highly energetic impact events, which affects the performance and the efficiency.  We are therefore proposing to add sensors that pick up any distortion and we will design and install some actuators that will then deform the jaws to make them straight again,” he said.

A research assistant will be appointed to work with Dr Fletcher on the collimator design and the successful candidate will spend a large part of their time at CERN in Switzerland.  The prototype collimator will be designed and built at the University of Huddersfield using in-house machining and metrology facilities, along with specialist local advanced manufacturing firms.