Mapping the road to Brexit 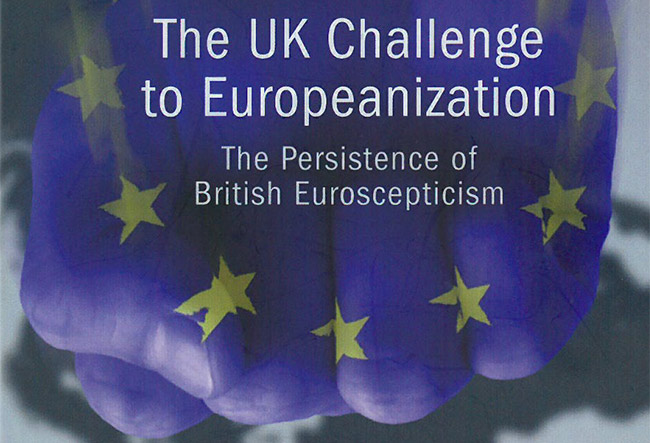 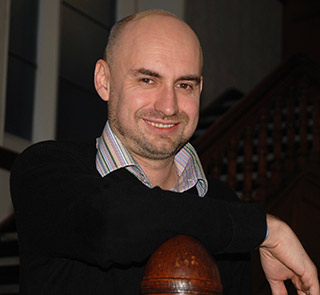 THE roots of British Euroscepticism – leading to June’s shock referendum result – are traced in a new book co-edited by a University of Huddersfield lecturer.

Dr Chris Gifford (pictured left) is Head of the University’s Department of Behavioural and Social Sciences. His research specialities have included UK attitudes towards Europe and previous books have included The Making of Eurosceptic Britain.

In 2013 Dr Gifford co-organised a conference, taking place at Toulon University, that explored UK Euroscepticism. Now he and his fellow organiser, Dr Karine Tournier-Sol – who lectures in British politics at the French university – have edited The UK Challenge to Europeanization, based on conference contributions. 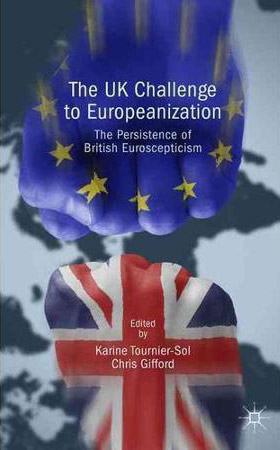 Although the book was produced in advance of the Britain’s EU referendum, and at a time when it was commonly thought that Remain would prevail, the book identifies deep-seated trends that led to the Brexit verdict.

The UK Challenge to Europeanization has a multi-national authorship, and this is one of the factors – write co-editors Dr Gifford and Dr Tournier-Sol in their introduction – that “contributes to capturing British Euroscepticism in all its complexity and richness”.

The editors write that “there is something very British about the concept of Euroscepticism” and they trace its origins to mid-1980s newspaper articles that used the term “to refer to a particular section of the right of the Conservative Party that increasingly objected to the Delors project for a new wave of integration, including the prospect of economic and monetary union”.

They also write that “Europe has never been easy for British party leaders and governing elites to manage, with both main parties experiencing deep divisions on the issue”, although a fear of marginalisation meant that  British membership of the EU was seen as necessary and inevitable.

“The book is saying that Euroscepticism is embedded in many institutions of UK political society, and its arguments, in many respects, have been demonstrated by the outcome of the referendum,” said Dr Gifford. 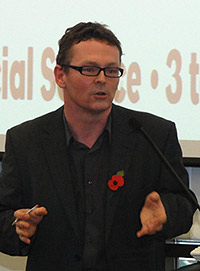 There are 12 chapters in the book, covering four broad themes. In addition to his introduction, Dr Gifford also collaborated with his University of Huddersfield colleague, Dr Andy Mycock (pictured left), who is Reader in Politics. Their chapter is “Beyond the English? The UK’s Pluri-National Euroscepticism”.

They investigate attitudes to Europe in Scotland, Wales and Northern Ireland and argue that “British Euroscepticism has become defined by a mixture of nationalism and populism, dominated by its English ‘core’ but not reducible to it”.

Writing before the EU referendum, they also predicted a scenario in which Nicola Sturgeon might seek a second independence vote if Scotland showed a preference to remain in the European Union.

Although the new book analyses many of the currents that led to Brexit, Dr Gifford confesses that he was surprised by the verdict, expecting a shift to the status quo at the end of the campaign.

“But we underestimated the extent to which there was this anti-establishment, anti-elite feeling across large sections of the population,” he said. 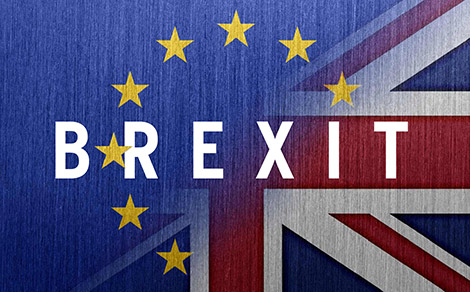 “No matter who you had making the case for membership – Cameron, Obama or Merkel – that seems to have turned off a large section of the British people. This was  is a contrast to the 1975 referendum, when you had a majority  that came down on the side of the Establishment position and that was fairly uniform across the country – in fact Scotland was slightly more Eurosceptic at that point.”

Dr Gifford believes that the UK’s Brexit vote is an example of Eurosceptic trends that are developing in countries such as Italy, Holland and France that are historically pro-European.

“The UK is in line with those trends but it is a more extreme version. It has its own peculiar, distinctive history in relation to European integration.”

As for the details of Brexit, Dr Gifford believes there were will be a compromise deal.

“But whatever they come up with won’t be as good as full membership and it will take years and years to unravel the present relationship and put something new in its place. It’s a massive undertaking.”