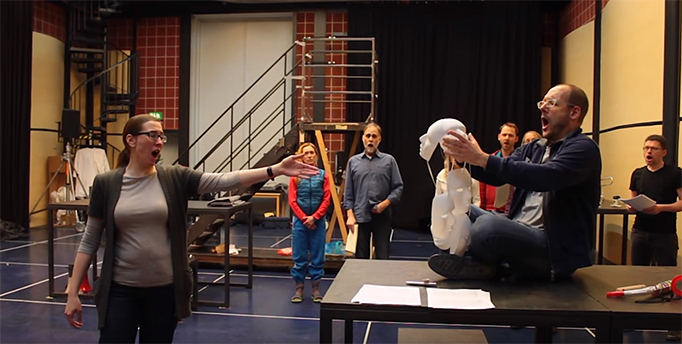 Tree of Codes during rehearsal in Cologne 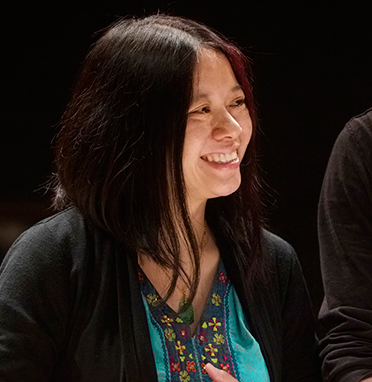 ‌FIVE years ago, the University of Huddersfield’s Professor of Composition, Liza Lim, encountered an extraordinary, experimental work of fiction named Tree of Codes.  “Immediately, I thought I could make a fantastic opera from this!” she says.  Now, after a long and absorbing creative process, the work is to receive its premiere at a major European opera house.

The opera Tree of Codes was co-commissioned by Cologne Opera – where it makes its debut on 9 April – and by Ensemble Musikfabrik, acknowledged as one of the world’s leading contemporary music groups, together with Hellerau – European Centre for the Arts Dresden and in association with the Akademy of the Arts of the World Cologne.

Professor Lim received funding through an Australia Council Interdisciplinary Fellowship to develop new compositional approaches to instrumental technique working closely with the Ensemble on the 90-minute opera, which is scored for three singers and 16 instrumentalists.

The work is described by its composer, who also wrote the libretto, as “an opera about bloodlines and memory, time, erasure and illumination”.  The book that inspired the piece is by the American author Jonathan Safran Foer, whose audacious concept was to take a 1934 collection of short stories by Polish author Bruno Schulz, and cut out the majority of the words, creating a completely new and strange narrative from the text that remains.

Professor Lim says that she found the structure of the book extraordinary and poetic and it rapidly fired her creative imagination, especially “ideas around structures in which different types of time can co-exist”.

‌“The opera is about shifts in perception of everyday life.  The ordinary becomes extraordinary,” she says.  “In that kind of shift of perception you can recapture memories, you can see the past and the future.  You can make connections between things in new ways.” 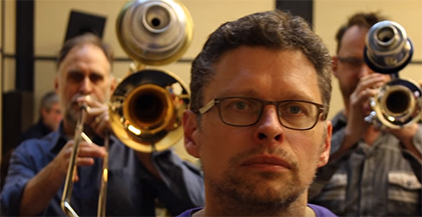 The opera will feature striking stage and costume designs by Swiss theatre artist Massimo Furlan, and the musicians of Ensemble Musikfabrik will appear on stage as part of the performance.  Some will be playing unusual double-bell brass instruments that have been specially developed by the ensemble.

Professor Lim said that during rehearsals she and the musicians had developed a range of new techniques.  And the score includes field recordings of birds that evoke memories of her Australian childhood.

After the 9 April premiere, Liza Lim’s Tree of Codes has a further four performances in Cologne and one in Dresden.