Mergers not the answer for HEIs seeking savings 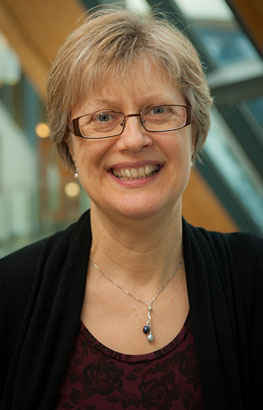 AS the sole UK academic presenting a paper at a large-scale conference in the USA, the University of Huddersfield’s Professor Jill Johnes (pictured left) introduced her audience to some new concepts in education finance.  She also returned with a fresh idea of her own – to establish a new European association for education and finance policy.

She is Professor of Production Economics in the University’s Business School and Jill Johnes’s research has established her as an authority on organisational efficiency based on the form of economic modelling known as frontier estimation.  A paper that she delivered in Leuven, Belgium in 2015 led to an invitation to submit a paper to the 2016 conference of the USA’s Association for Education Finance and Policy (AEFP), held in Denver, attended by some 400 delegates.

“I was looking at estimating cost functions for higher education and the information that you can get out of those estimations,” Professor Johnes.

“I think they liked the technical aspect of it,” she added.  It seemed, however, that the cost frontier principle has not been widely adopted in the US education sector. 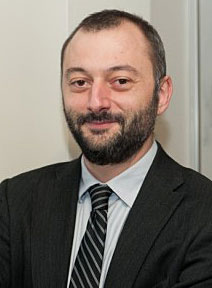 “I think I was invited to submit a paper to the conference because Lori Taylor, a member of the AEFP organising committee, who heard me in Leuven, thought that delegates would be interested in the concepts and techniques,” said Professor Johnes.

During her Denver paper she discussed an issue that she has recently investigated – whether or not mergers of Higher Education institutions can lead to cost savings.  She believes that there is limited scope for this in England and has made this case in a recent article for the journal Research Fortnight.

‌There were no other presenters from UK universities at the AEFP conference and one of the few Europeans present was Professor Tommaso Agasisti (pictured right) from Italy’s Politecnico di Milano School of Management.  In December 2015, Professor Agasisti visited the University of Huddersfield for a research seminar and while in Denver, he and Professor Johnes discussed the establishment of a European association for education and finance policy, on similar lines to the American body.

“We have a lot of small conferences across Europe, specialising in different areas of education policy.  What we want to try and do is bring them all under one umbrella and have a cross-fertilisation of ideas,” said Professor Johnes.