Director of Estates and Facilities receives MBE at Palace 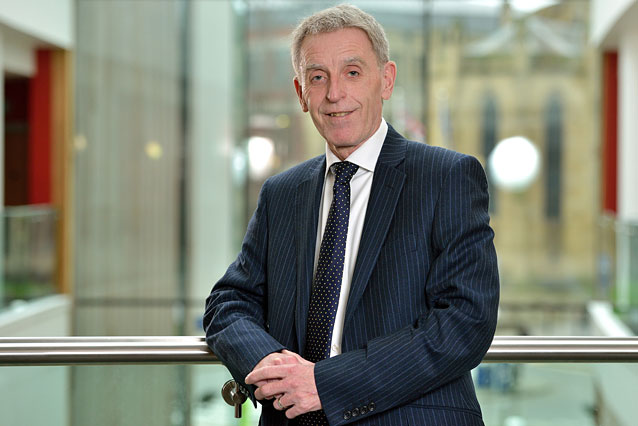 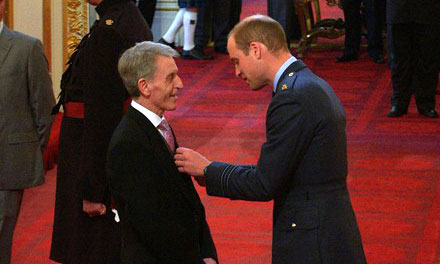 A VISIT to Buckingham Palace to be honoured by Her Majesty The Queen was already a memorable experience for the University of Huddersfield’s Colin Blair.  But when he encountered the surgeon who saved his life 16 years ago, the occasion became doubly emotional.

Mr Blair is the University’s Director of Estates and Facilities and he has been awarded an MBE for services to Higher Education and the community in Huddersfield.

When he and his family travelled to London for the presentation ceremony – conducted by HRH The Duke of Cambridge – he discovered that he was staying in the same hotel as Munther I. Aldoori, a leading vascular surgeon, also due to go to the Palace.  He was on duty at Huddersfield Royal Infirmary in February 2000 when Mr Blair was admitted as an emergency case, suffering from a perforated bowel. 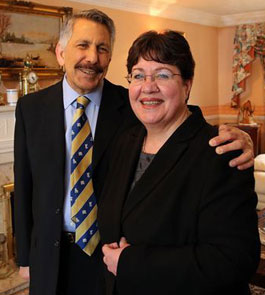 Mr Aldoori, who later became a Professor of Surgery at Leeds University, decided to operate immediately.  This was a life-saving decision, said Mr Blair.

There was a lengthy period of convalescence after the operation, but when Mr Blair resumed his career he presided over improvements that transformed the University of Huddersfield’s campus into one of the highest-rated in the UK.  He also oversaw an ambitious £100 million building programme, with a new £200 million investment phase now underway.

Professor Aldoori was in London, staying at the same hotel as Mr Blair, because his wife, Dr Nisreen Booya, was also being awarded an MBE.  She is a retired consultant psychiatrist who worked with elderly patients in Huddersfield and Dewsbury for nearly 30 years and was also Medical Director at the South West Yorkshire NHS Trust.

Mr Blair was accompanied by his wife Julie and his daughters Laura and Holly.  The unexpected reunion with Professor Aldoori and his wife led to tearful scenes, he said.