National honour for the University of Huddersfield 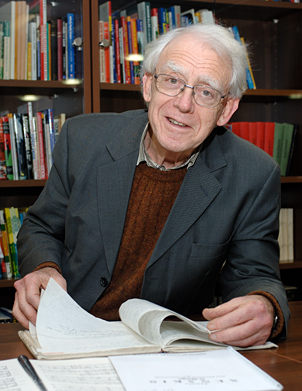 THE University of Huddersfield’s role in expanding the global boundaries of new music, opening the ears of millions to exciting contemporary sounds, has earned a Queen’s Anniversary Prize, one of the most coveted distinctions in UK Higher Education.

The prizes are a component of the country’s official honours system and are awarded every two years to a small number of institutions.  Customarily bestowed by Her Majesty The Queen herself at a Buckingham Palace ceremony, the prizes are intended to recognise and publicise the contribution that universities and colleges make to the intellectual, economic and cultural life of the nation and to society and individuals in Britain and overseas.

All eligible universities and colleges in the UK are invited to submit entries for the biennial Queen’s Anniversary Prize.  They are then assessed by an Awards Council, which makes recommendations to Her Majesty, on the advice of the Prime Minister.

For its entry to the 11th round of Queen’s Anniversary Prizes – which will bestowed early in 2016 – the University of Huddersfield submitted a 5,000-word document outlining its work in the field of contemporary music. 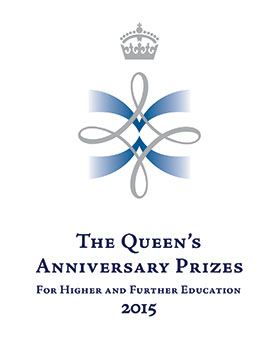 “Over four decades the University has established itself as a global leader in contemporary music.  Wide-ranging impacts in culture, education and commercial applications have grown from investment in world-class facilities and staff, strategic partnerships with festivals and industry bodies, and pioneering international collaborations.

“New music inspired by the University’s leadership in this area has reached new audiences, developed generations of creative artists, and contributed to the vitality of cultural life in the UK and internationally, as well as to the social and economic wellbeing of the region.  The University’s name has become synonymous with excellence in contemporary music-making, and its leaders are committed both to sustaining this distinctive legacy and to setting future trends.”

Among the many supporting arguments were the fact that in the 2014 Research Excellence Framework, all of the University’s research impact in music was scored “internationally-excellent” and “world-leading”.  The work of several members of the academic staff working in contemporary music was highlighted and the entry document also stated how the University created and hosts the largest and foremost international platform for new and experimental music in the UK in the form of the Huddersfield Contemporary Music Festival, which has a global reputation. 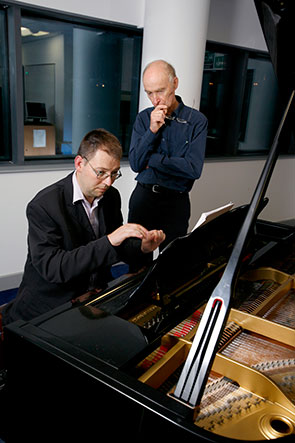 ‌The submission, initiated and signed off by the University’s Vice-Chancellor, Professor Bob Cryan CBE, concluded by stating that:

“Over four decades the University has claimed a central position on the UK’s contemporary musical map, forging international links and collaborations, attracting students and staff from overseas, and providing opportunities that have launched the careers of young and emerging artists and scholars.  Its work has also greatly benefitted the region, strengthening and drawing international attention to long-standing local traditions of music-making, such as choral singing and brass banding.  The culture of the University has imbued generations of musicians with ambition, openness to new inspiration, a strong identity, but also a clear sense of how music benefits communities at local, national and international level.”

The latest winners of the Queen’s Anniversary Prize were named at a special ceremony at St James’s Palace in London on 19 November.  On Wednesday 24 February 2016, there will be a prize-winners’ dinner at London’s Guildhall and on the following day the prizes will be awarded at Buckingham Palace.

Winners receive a specially-cast medal naming the institution, a certificate signed by The Queen and the entitlement to display the logo of the Queen’s Anniversary Prize Scheme for the ensuing four years.

Professor Cryan said he was delighted by the award.  “There is no doubt that contemporary music research and performance is one of the jewels in our crown at the University of Huddersfield and the hard work that went into producing our submission for the Queen‘s Anniversary Prize has been amply rewarded.

“We are proud and privileged by the Royal recognition and Royal visits that we have received over the years and it is worth recalling that when Her Majesty The Queen came to visit us in 2007, it was to lay the foundation stone for our Creative Arts Building, where our work on contemporary music takes place.”