Forensic science – as much about what you hear as what you see! 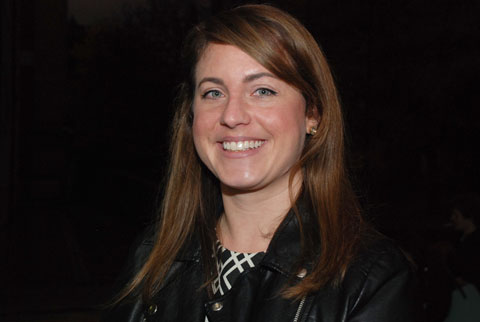 HOW would you define your accent?  Let’s say you are from Huddersfield, would you say that you have a Huddersfield accent or would you perhaps classify it more generally as a West Yorkshire accent?

It might seem like a silly question, but the level at which accents are defined has important consequences for the interpretation of voice evidence in criminal cases.  Dr Erica Gold (pictured), a Senior Lecturer in Forensic Speech Science, is about to embark on a £360,000 Economic and Social Research Council (ESRC) project exploring exactly this – to what extent can population data – accents – be generalized for forensic evidence purposes.

Forensic speech science – an applied sub-discipline of phonetics – has come to play a critical role in criminal cases involving voice evidence.  Forensic speaker comparison is the most common task carried out by experts and involves the comparison of a criminal recording (for example, a threatening phone call, bomb threat) and a known suspect sample (a police interview).  It is the role of an expert forensic speech scientist to advise the trier of fact – a judge or jury – on the probability of the evidence given competing hypotheses from the prosecution and defence.

Dr Gold’s ESRC grant is supported by the 2014-2015 Future Research Leaders programme, which aims to ensure that outstanding social scientists at the start of their careers will develop skills that will equip them to become world leaders in their field.  Her project will address an important issue in forensic speaker comparisons – the scarcity of population (voice) data that is forensically relevant.

Population data are typically obtained by collecting a set of recordings containing the voices of a homogeneous group of speakers similar in age, sex, and geographical region (or accent).  Unfortunately, the time and expense involved in the collection of population data means that forensic speech scientists face a huge challenge in obtaining such data for casework.  This problem is further complicated by the high degree of variation that exists in speech across different speaker groups.

Dr Gold’s project entails the collection of a large database of 180 speakers from different regions within West Yorkshire – including Huddersfield.  She and her team seek to address this issue with population data by examining a number of different speech parameters (for example, voice quality, formants) and evaluating the sensitivity of the strength of evidence when forensic speaker comparison cases are simulated using varying definitions of accent for the population.  As a result, it is hoped that solutions or recommendations might be available for actual forensic speaker comparison cases and what population data an expert might be able to consult in their analysis.  In addition, the West Yorkshire database will also serve as a unique resource that will shed light on characteristics present in West Yorkshire accents.

With a specialist interest in forensic speaker comparison – leading to the new ESRC-funded West Yorkshire project – Dr Gold had authored a sequence of academic articles and her research has been cited multiple court cases around the world.

She came to the University of Huddersfield in 2014.  When asked to define her own accent, Dr Gold, who hails from San Diego, California, describes it as a southern California accent with a little bit of northern British sprinkled on top.