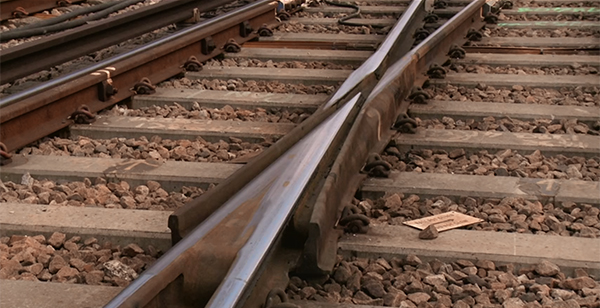 The £8.5 million Track to the Future project - IRR will focus on developing switches and crossings that last longer and require much less maintenance

In the video you can watch a Network Rail introduction to switches & crossings on the railway track.

SWITCHES and crossings are widely used in railways to guide trains to their correct route.  They are the most vulnerable components of the rail network, requiring frequent and costly maintenance and replacement, leading to disruptions in service.  Now researchers at the University of Huddersfield will help develop new designs and explore the benefits of enhanced material specifications.  They will base their work on computer-based systems modelling that will allow rail companies to tailor new switches – or points – for the exact location in which they are to be laid, making them much more resilient.

The Institute of Railway Research (IRR), based at the University, is to share in a £8.5 million, five-year project named Track to the Future.  It involves a consortium of four universities, with Huddersfield’s IRR joining Southampton, Birmingham and Nottingham to investigate three broad areas of improvement.

One aim is to develop long-life tracks that require much less frequent maintenance.  Another is to develop ‘low noise’ tracks, improving the quality of life for people dwelling in the vicinity of rail lines.  This will be an increasingly significant environmental issue as railways move towards 24-hour operation. 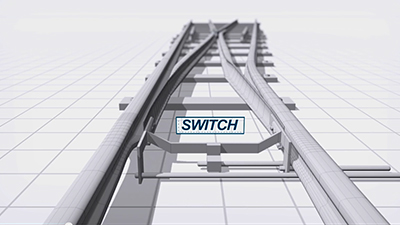 The Huddersfield Institute will contribute to the ‘low noise’ track research, but it will take the lead in the element of Track to the Future that deals with switches and crossings.  These complex components of the network are exceptionally prone to wear and tear because the blades of switches are made of thinner rail and also have to take extra heavy loads as they guide vehicles at speed. 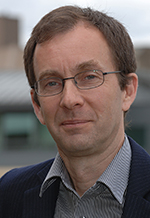 The Director of the Institute, Professor Simon Iwnicki (right), said that switches and crossings account for less than one per cent of the entire route length of railways in the UK, but they absorb 20 per cent of expenditure on track maintenance.  The aim of the Institute’s research is to make drastic reductions in these costs.

One approach is to develop optimised designs for switches.  A new layout and geometry could improve the support for wheels and gradually reduce the pressure they exert as they cross the transition point. 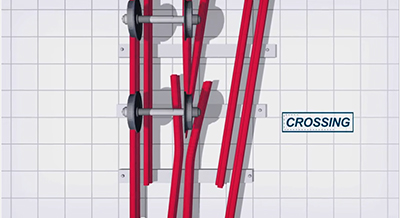 The IRR researchers will also examine more sophisticated use of materials, resulting in what Professor Iwnicki describes as “a tuned variation in geometry and material properties”.

“Instead of just having a simple cross-section and a standard material right the way through, we might decide to optimise the way that the material is put through the switch, and the geometry of it.” 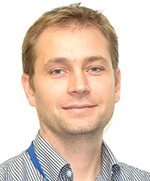 The IRR is constructing new test facilities in its suite of labs at the University of Huddersfield, but it also has special expertise in computer modelling and this will play an important part in the Track to the Future project.  As an alternative to using standard, off-the-peg  switches and crossings designs, computer modelling could enable new switches to be designed for specific locations, according to factors such as the amount and nature of rail traffic crossing over them.

Dr Yann Bezin (right), Head of Research at the Institute, says: “Our numerical simulation tools have already helped manufacturers understand keys issues with specific installations and help them assess potential corrective actions before significant money is spent in the field.  Likewise, they can be used earlier in the design process to achieve an optimum design from the start, thus reducing maintenance needs in the future.”

This approach would be “a step change” for the industry, said Professor Iwnicki.  Currently, some components in switches last as little as three years, but the research should lead to major improvements.

The project is a Programme Grant and will last for five years and this gives the project team the flexibility to follow interesting leads and drop lines of research that are not delivering useful results.

The Engineering and Physical Sciences Research Council (EPSRC) awarded £5.2 million for Track to the Future after a detailed proposal from the consortium partners, including Professor Iwnicki and Dr Bezin.