Child killers come under the microscope at major conference 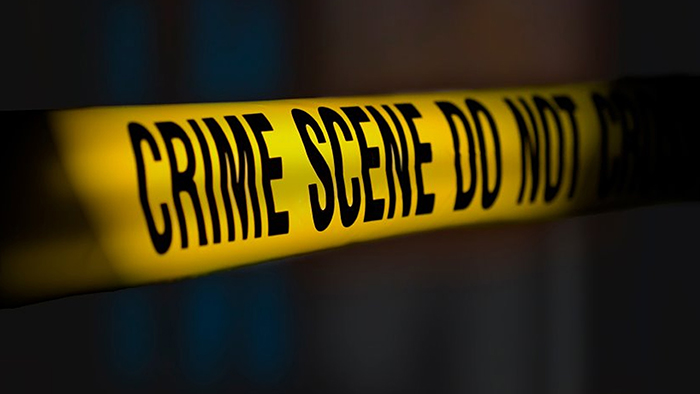 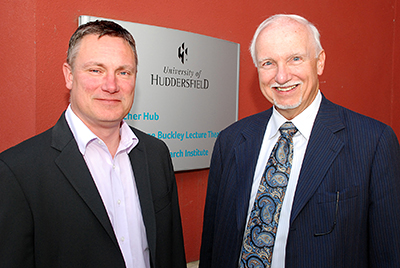 Dr Jason Roach (left), convenor of the symposium, is forming a research collaboration with Professor Hickey (right), who is examining the psychology of sadistic child killers.

AN initiative taken by a criminologist based at the University of Huddersfield will lead to a greater understanding of the psychology and motives of child killers and therefore how to catch them.

Dr Jason Roach believes that child homicide has been under-researched, probably because it is such a dark and distressing subject.  So he decided to convene a conference at which both criminologists and active investigators would pool their knowledge.

Investigating Child Homicide: An International Symposium has now successfully taken place over two days at the University of Huddersfield.  It included 13 presentations by experts from around the world.

They included Professor Eric Hickey, of the USA, who has been researching the disturbing psychology of mysopeds, who kill children for sadistic motives.  There was also a paper by Simon Foy, former Commander of the Metropolitan Police’s Specialist Crime Directorate.  He analysed the special skills and qualities needed by detectives in child homicide cases.

Among the University of Huddersfield-based contributors was West Yorkshire police detective Maxwell McLean – now completing doctoral studies.  He drew lessons from the Lesley Molseed murder case, which had originally led to the wrongful conviction of Stefan Kiszko in 1976.  In 2003, as a Detective Chief Superintendent, Mr McLean made an appearance on BBC TV’s Crimewatch, revealing the existence of DNA evidence that would lead to the conviction of the true killer, Ronald Castree.

Dr Dagmar Heinrich, a Research Fellow at the University of Huddersfield, spoke on the utility of forensic evidence and Dr Graham Williams, who heads the Huddersfield’s Forensic Genetics Research Group, describes key features of his DNA research. 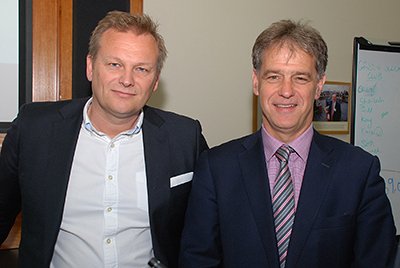 Overseas visitors included Thomas Skou Roer, of the Danish police, who described the process of homicide investigation in his country.  Ivar Fahsing, a detective based at the Norwegian Police University gave a keynote address entitled The making of an expert homicide detective - a comparison between England and Norway.

The symposium opened with a keynote address by organiser Dr Jason Roach, who dealt with patterns of child homicide in the UK and the implications for investigators.

Reluctance to research the topic

The aim of the conference, said Dr Roach, was to bring researchers and investigators together at the same event and to encourage more work in the field of child homicide.  Although he understood widespread reluctance to research the topic, he believes it should receive similar levels of attention to that being received by child sexual abuse and child protection.

“I don’t see child homicide as just the end of that process,” said Dr Roach.

He is forming a research collaboration with Professor Hickey – Dean of the California School of Forensic Sciences at Alliant International University – who is examining the psychology of sadistic child killers.  They are usually male loners, but Dr Roach will probe cases – such as the Hindley-Brady murders – where the killers had a female accomplice.

The Investigating Child Homicide symposium was a success, said Dr Roach, and will lead to the creation of an international research network.  The event will probably be repeated, in the UK and possibly overseas, with backing sought for a new association of researchers who seek a greater understanding of the mind and motives of child killers.

Also, several of the papers from the symposium will be edited for publication in a special edition of the journal Criminal Psychology and Policing.