Artists capture Freud’s legacy at the Festival of the Unconscious 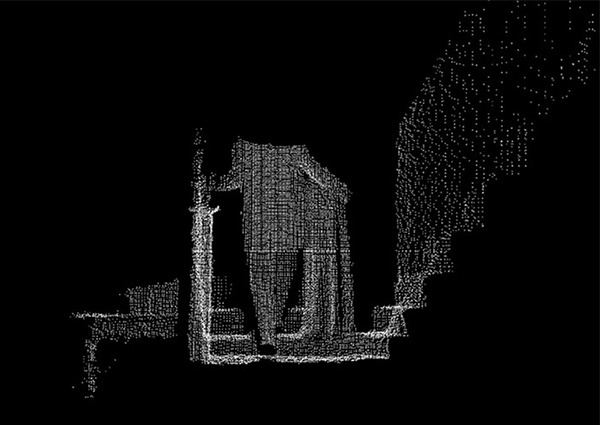 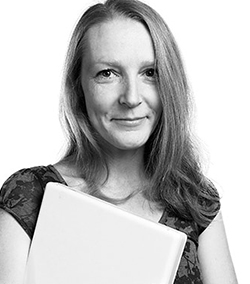 ‌SIGMUND Freud used dreams as a key to unlock secrets of the unconscious mind.  Now an artist and a composer, based at the University of Huddersfield, have been given access to the famed psychoanalyst’s London home and allowed to handle some of his most intimate artefacts in order to create an artwork that responds to the legacy of Freud and explores the theme of the uncanny.  It is now on display at the Freud Museum and a special conference debating its themes has been organised – 4 July – in which leading artists and art scholars will take part.

Huddersfield lecturer and art practitioner Anneké Pettican is a member of a collective named Brass Art.  It has exhibited works at major galleries and sites around the world and a current project is named Shadow Worlds: Writers’ Rooms.  The group – which also consists of artists Chara Lewis and Kristin Mojsiewicz – has pioneered the use of Kinect motion sensing scanners to capture and then manipulate improvised performances by the three artists in locations with powerful literary associations.  The results are then turned into haunting film sequences that are installed as part of art exhibitions.  Pictured below is a still from one of the videos.

‌It is intended that Shadow Worlds will be a trilogy.  First came a performance captured at the Bronte Parsonage Museum in Haworth.  It is hoped that one of the homes of experimental writer Virginia Woolf will be the location for the concluding project.  But the second entry into the series has been completed and is now installed as part of an exhibition taking place until 4 October at the Freud Museum in London.  This is located in the house that the Viennese psychoanalyst occupied after he fled the Nazis, until his death in 1939. 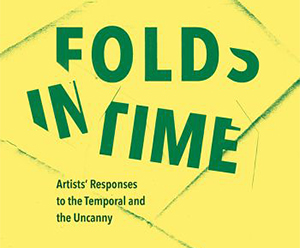 ‌The museum’s new exhibition commemorates the centenry of the publication of Freud’s breakthrough paper, The Unconscious.  The Brass Art trio were asked if there was a further contribution they could make to the overall event, named Festival of the Unconscious.

“We thought it would be interesting to do a conference around the themes that we were exploring,” said Anneké Pettican.  It is named Folds in Time: Artists’ Responses to the Temporal and the Uncanny.  Taking place at the Anna Freud Centre, it has contributions from a wide range of artists, writers and curators, including Professor Rebecca Fortnum, Henry Moore Institute Exhibitions and Displays Curator Pavel Pyś, artists Lindsay Seers, Daniel Silver and Saskia Olde Wolbers, writer Rachel Withers and Artangel producer Rachel Anderson.

‌There are also keynote lectures from the University of Huddersfield’s Dr Alison Rowley (pictured left) , who is Reader in Cultural Theory, and from Dr Patricia Allmer, an expert in surrealism based at Edinburgh College of Art.

Anneké Pettican said that Freud was an ideal subject for the second in the Shadow Worlds: Writers’ Rooms project.

‌“A lot of our work has been inspired by notions of the uncanny and we are well versed in Freud’s writings.  It seemed an obvious step to go back to the person who started the whole field of dream analysis.”

The Brass Art trio were given full access to Freud’s house and were also allowed to use his furniture and some of his belongings – including his famous statue of Eros.  The performance was captured by Kinect scanners incorporating special software written by University of Huddersfield lecturer Spencer Roberts (pictured).

‌Also, the composer Monty Adkins (pictured), who is Professor of Experimental Electronic Music, recorded sound generated by the performance and ambient sound in the house.  These have been used to create an intriguing binaural soundtrack to the resulting films.