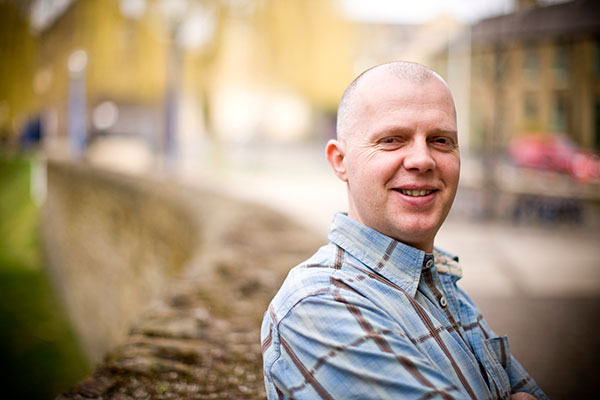 Professor Paul Thomas, School of Education and Professional Development (pictured above) heads the collaborative research project which also includes Dr Joel Busher and Dr Graham Macklin of the School of Human and Health Sciences with Michelle Rogerson and Kris Christmann of the Applied Criminology Centre.

Recent University of Huddersfield research, developed in partnership with Kirklees and Calderdale councils in West Yorkshire, offers valuable insights on attitudes in mainly white communities towards community cohesion and the actions of far-right groups such as The English Defence League (EDL).

Both of these national issues have been of growing political and academic interest over the past few years. The University’s aim was not only to generate academic learning but to provide insights that can help the development of effective policy and practice by local authority partners.

The ‘sense of unfairness’ amongst some mainly white communities, especially economically marginalised ones, has been of concern for some time.

The Government identified this as one of the causal factors in the 2001 riots in Oldham and Burnley, and it can be seen more recently in reactions to European migration to the UK.  The post-2001 policy shift towards ‘community cohesion’ and its concern with shared problems can be seen as a response to this ‘unfairness’ allegation that priority was being given to ethnic minority groups.

However, there is academic evidence that some predominantly white communities are reluctant to participate in cross-community activities and are hostile to Britain’s increasing ethnic diversity.

The research aimed to investigate feelings in a number of local, mainly white communities about cohesion and cross-community contact.

Similarly, it wanted to understand the extent of support for, or sympathy with the themes of, the EDL, who have held a number of high-profile and disruptive public rallies in West Yorkshire in recent years.

The two reports contain some common findings but also specific results that reflect the local realities in the areas chosen as samples in each local authority.

Across both areas there was very little support for the EDL, with most people seeing them as trouble-makers whose activities disrupt communities.  However, there was some sympathy for the concerns they articulated, particularly over immigration, the changing nature of communities and the sense that white working class communities are ‘forgotten’ and not listened to.

Feelings about cohesion and diversity in Calderdale’s mixed geographical sample were largely positive.  The picture in Kirklees was slightly different because of Kirklees Council’s decision to focus the survey in North Kirklees where findings could have maximum impact.

These findings highlighted significant dissatisfaction with the current state of community relations but, importantly, significantly stronger support for the belief that there should be more contact and better relations between different ethnic and religious communities in the future.  This suggests strong support for the idea of encouraging better community relations but people do not want to be ‘forced’ to come together.  These insights help identify the resulting challenge for the local authorities – how to encourage more positive relations between different communities and do it in a way that people feel comfortable with.

The University is now working with the local authorities on how these research findings can help develop more effective policy approach.