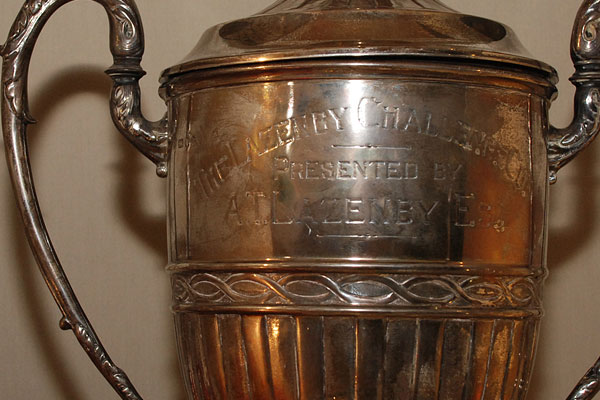 The history of the Lazenby Cup pictured above is shrouded in mystery.

“...and for people who do know the sport, there are gems that are of real interest...” 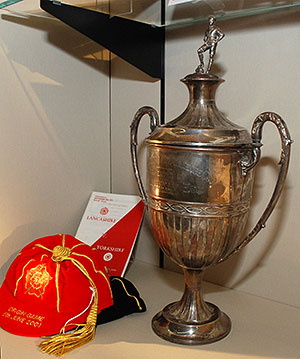 ‌‌AS the 2015 Super League season gets underway, visitors to a new exhibition at the University of Huddersfield can explore the rich and fascinating history of rugby league – a global sport that was born in the town.  They might even be able to solve the riddle of a mystery trophy.

The exhibition is now running at Heritage Quay, the unique new facility at the University that showcases its archive collections and makes them accessible to the public.  The official archive of the Rugby Football League is kept at the centre and this has provided the bulk of the material in the exhibition, which continues until April.

It contains a wealth of printed, photographic and illustrative matter, including programmes, posters, letters, newspaper articles and documents such as player registration books. 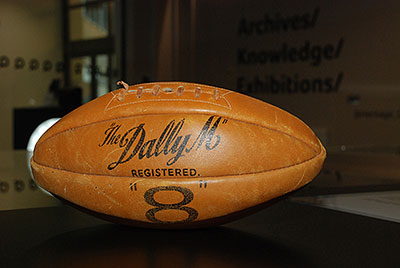 There are also evocative objects that include the ball used in a legendary 1958 Ashes test played in Brisbane‌ (pictured left), when an injury-ravaged Great Britain team that beat the Aussies was captained by Alan Prescott, who played on despite breaking his arm in the opening minutes.

‌There are also trophies on display, including the Yorkshire Senior Competition Shield (pictured below right), first played for in the 1880s, before the 1895 split between the two codes of rugby.  There is also a trophy named the Lazenby Cup... and it is shrouded in mystery.

“We don’t know who competed for it!” says exhibition co-curator David Smith.  “We know that it’s not the Lazenby Cup that Leeds and Hunsletplay for in pre-season.  This cup is dated 1919 and we think it might be connected with Dewsbury.  But if anybody knows who played for it, please let us know.” 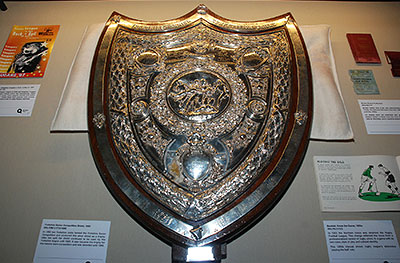 The exhibition also features items from other collections held at Heritage Quay such as the Huddersfield RLFC Past Players’ Association, and from the collection of Bob Coverdale, a Hull prop forward who was a member of the victorious Great Britain team at the first rugby league World Cup in 1954.

The exhibition has been assembled by Kelda Roe, Collections Access Officer (Rugby League), and David Smith, Participation and Engagement Officer at Heritage Quay.

“We tried to take a very broad view of rugby league, to give a lay person who might not know anything about the sport a glimpse into why it is important, and for people who do know the sport, there are gems that are of real interest,” said David.

“We set out to reflect different aspects of the collection – from the development of the game, to international rugby, the fans’ eye view, legendary players, club rivalries and the grass roots of rugby league.”