Diathermy smoke extraction should be compulsory in operations 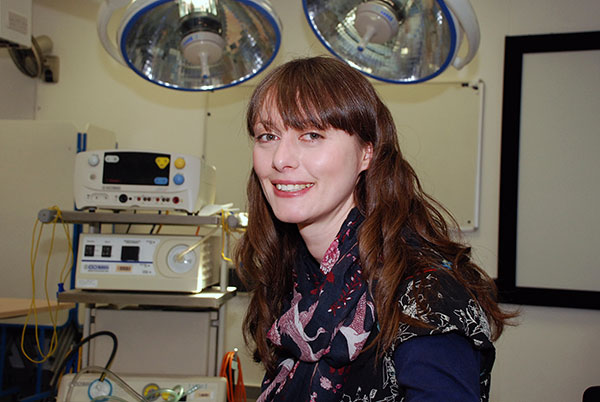 Lecturer Lynda Dunn has analysed existing research which shows that 45 compounds have been detected in diathermy smoke. Nine are hazardous and four of them are carcinogens.

THE electrical devices that are used to cauterise tissue during surgical operations cause plumes of smoke to arise as intense heat is applied to flesh.  Research has shown that these fumes – known as diathermy smoke – contain compounds that are potentially harmful to the health of the personnel participating in the operation.

Now an article by a University of Huddersfield lecturer with long experience as an operating department practitioner aims to bolster the case for the use of devices that extract the fumes, reducing risk levels.

Lynda Dunn has published Diathermy smoke: hazardous to health? in the Journal of Operating Department Practitioners.  She analysed existing research which shows that 45 compounds have been detected in diathermy smoke.  Nine are hazardous and four of them are carcinogens.

It is clear, argues the article, that the use of an extraction device in the operating theatre would be best practice.  But until there is more conclusive evidence on the health risks of diathermy smoke, it will be difficult to procure legislation on the need to extract it from operating theatre air.

Research that aimed to establish conclusively the health risks of the smoke would be long and costly, says Lynda Dunn, who has been an operating department practitioner (ODP) for 13 years.

“You would have to look at people’s health maybe 30 years down the line and decide whether or not any problems were due to their exposure to the smoke.  In the UK, NICE (The National Institute for Health and Care Excellence) is guided by facts and figures and if diathermy smoke was proved to be dangerous then there would be some guidelines, but research would be so lengthy and cost so much that nobody would do it.  All we can practically do is agree that there are some potentially dangerous particles in there and make recommendations.”

Extractor devices are now available.  Attached to the diathermy “pens” that are used during operations, they have become less cumbersome, but not all surgeons elect to use them in theatre. Lynda Dunn hopes that her research and article and conference papers that she is preparing will help lead to much wider adoption – which would in itself help to bring down the cost of the devices.

“I would definitely encourage people to use extractors,” she says. “Apart from anything else, it is much more pleasant to work in an operating theatre without the smell of the smoke.”