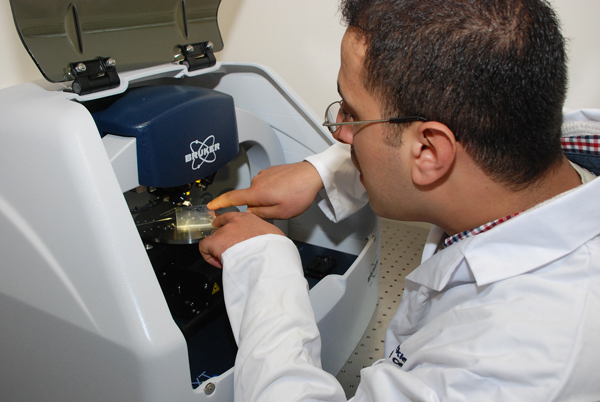 RESEARCH at the University of Huddersfield will lead to major efficiency gains and cost savings in the manufacture of flexible solar panels. It has also resulted in an exceptional number of scholarly articles co-authored by a Libyan scientist who is completing his doctoral studies as a participant in the EU-backed project. 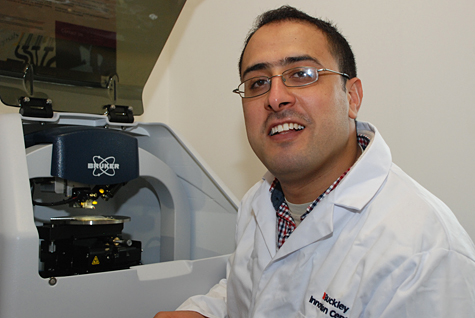 It is named NanoMend and is funded by the EU’s Framework Seven research programme.  The goal is to develop new technologies for the detection, cleaning and repair of micro and nanoscale defects in thin films that are vital in products such as printed electronics and solar panels.

The University of Huddersfield’s EPSRC Centre for Innovative Manufacturing in Advanced Metrology is a key collaborator in NanoMend.  Its scientists recently earned an award for the development of a Wavelength Scanning Interferometer, which has uses that include the detection of defects in the coating that can have a serious impact on the longevity of roll-to-roll vapour barrier coatings for flexible PV (photovoltaic) cells.  When these defects are minimised, the results will include reduced cost and increased reliability of the flexible PV cells, so that this type of renewable energy will be more widely adopted.

This is the area of research in which Mohamed Elrawemi (pictured) is closely involved.  Supported by funding from the Libyan Government’s Higher Education Ministry, he is in the later stages of a PhD, supervised by Professor Liam Blunt, who is Research Director for the EPSRC Centre.  Since 2012, Mohamed has contributed to 23 papers dealing with aspects of the NanoMend research.  The latest is Metrology of Al2O3 Barrier Film for Flexible CIGS Solar Cells, due to appear in the new edition of the International Journal of Energy Optimization and Engineering.

Mohamed is the lead author for this article, and it takes its place in a sequence of papers that began in 2012 with a contribution to the International Journal of Energy Optimization and Engineering.  Other outlets have included the International Journal of Precision Technology, Surface Topography: Metrology and Properties and Thin Solid Films, in which the article, Modelling water vapour permeability through atomic layer deposition coated photovoltaic barrier defects, rapidly gained a large number of downloads globally.  There have also been contributions to the published proceedings of several international conferences.

The NanoMend researchers at the University of Huddersfield have been working with the Durham-based Centre for Process Innovation, a leading producer of printable electronics, including flexible solar panels.  In these products, a thin “barrier film” is vital to protect the electronics.  But tiny defects can allow the penetration of water vapour that can degrade the barrier and reduce the efficiency of the solar panel itself.

The team based at the Huddersfield EPSRC Centre have been working on a new metrology system that can detect tiny defects and will therefore aid the manufacture of roll-to-roll barrier film in large volumes.

Many of the scientific and technical issues explored by the NanoMend researchers have been explored in the body of articles and papers co-authored by Mohamed.  He obtained his first science degree in his native Libya, before relocating to the UK for a University of Huddersfield Master’s degree – funded by steel company Corus – in which he developed his expertise in the science of metrology.  This meant that he was ideally equipped to join the NanoMend project as he studied for his doctorate.