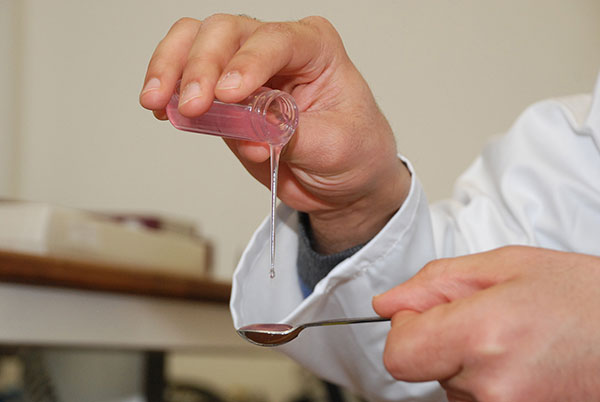 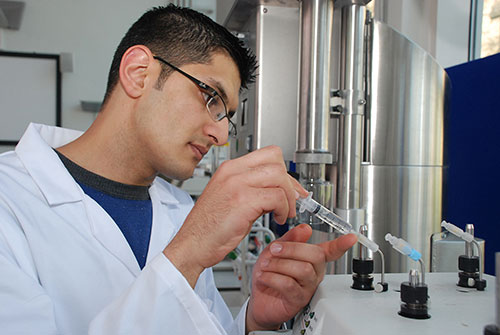 SCIENTISTS at the University of Huddersfield are pioneering the use of a special gel that is ideal for administering medication to young children and others – including the elderly – who have difficulty swallowing pills and capsules.  Unlike purely liquid medicines, the gel delays the release of the drug, so that it has maximum effect.

The research project is a response to the increasing demand for “age appropriate” drugs for paediatric and geriatric patients.  It has investigated the use of a fluid gel made from gellan gum, a natural polysaccharide that has mostly been used in foodstuffs, such as desserts.  Now it has immense pharmaceutical potential.

The gel-based medication consists of microscopic gel particles which collectively are pourable and can be administered with a spoon.  But in the stomach the “fluid gel” solidifies, so that the drug is not immediately released there – where it would have little effect or even irritate the stomach – but in the intestine, over the course of several hours.

The project that has led to this discovery is headed by Dr Alan Smith (pictured left), whose lab at the University of Huddersfield specialises in pharmaceutical and biomedical biopolymers research.  A member of the team is Iraqi-born PhD researcher Mohammed Mahdi (pictured right), who is lead author of new articles that describe the potential of gellan gum. 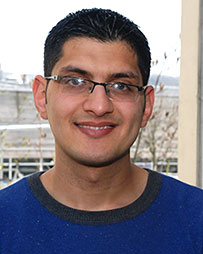 The first is named Evaluation of gellan gum fluid gels as modified release oral liquids and it appears in the International Journal of Pharmaceutics.  It describes experiments which showed that the gel prevented the release of ibuprofen in simulated gastric fluid.  This delayed release of the drug was the result of increased gel stiffness in acidic conditions and the article demonstrates the potential for designing fluid gels specially tuned to the pH levels of patients, leading to the ideal level of modified release.

Mohammed Mahdi, from Babylon, Iraq, is also the author – alongside Dr Smith and Professor Barbara Conway (pictured left) – of a new article that investigates the use of gellan gum in the development of new and more effective nasal sprays.  Although the nose has exceptional potential as a route for drug delivery, the natural ways in which the nasal cavity protects itself presents pharmaceutical challenges.  These can be addressed by adding mucoadhesive polymers in the form of a gel that helps with the retention of the drug in the nose.

However, it has proved difficult to develop a gel that can be sprayed, so the University of Huddersfield researchers – using a procedure known as “shear force” during the gelation process – have developed fluid gels that can be used in a standard nasal spray and have much higher mucoadhesion properties.