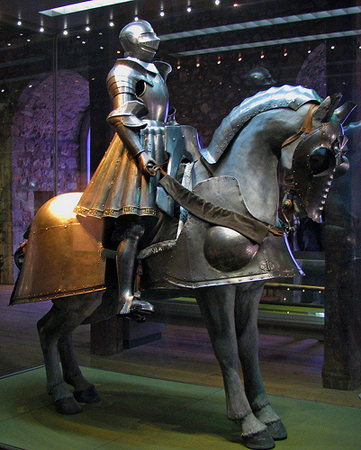 Jousting your way to the top – climbing the social ladder in medieval England ... provided you didn’t beat the king! 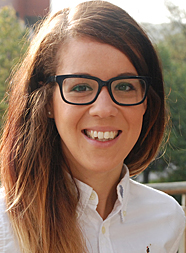 IF you came up against Henry VIII at a jousting tournament, it might just have been advisable to let the king win.  It certainly proved to be a good career move for Charles Brandon.  He was a superb jouster, able to beat all-comers... except Henry, it seems.  He ended up as a Duke and married the king’s sister.

This is one of the themes to emerge from of an intriguing project by a young University of Huddersfield researcher who is probably the first historian to make full use of some remarkable sources – the ‘score cheques’ that survive from English jousting tournaments.  Emma Levitt (pictured right) is finding out what they reveal about the culture of masculinity and her work has already created a stir of interest at a major conference, earned an approach from a publisher and gained her a special cash bursary. 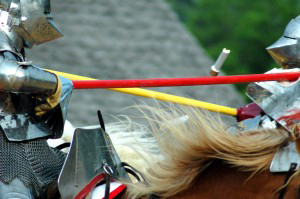 The £1,000 award comes from the Richard III Society, on the grounds that her work casts new light on aspects of 15th century culture.  It will help to broaden Emma’s field of research as she works towards a PhD.  She acquired a history BA at the University of Huddersfield, then moved on to a Master’s in which her dissertation examined how Henry VIII asserted his masculinity.

“I touched on the tournament as an arena for displays of manhood and when I developed this theme for my PhD I decided that rather than just looking at the king I would examine the men around him,” said Emma.

She broadened her period of research so that she begins with Edward IV, who reigned between 1461 and 1483.  Like his grandson Henry VIII, Edward IV was highly athletic as a young monarch and he too competed in jousting tournaments.  It was during Edwards’s reign that John Tiptoft, Earl of Worcester, drew up rules for jousting that remained in use until the 1600s, when the sport began to fade out.

The College of Arms in London is the repository for the score cheques that are a major source for Emma.  The largest numbers to have survived date from the Elizabethan period, but there are some for tournaments that took place during the reign of Henry VIII. 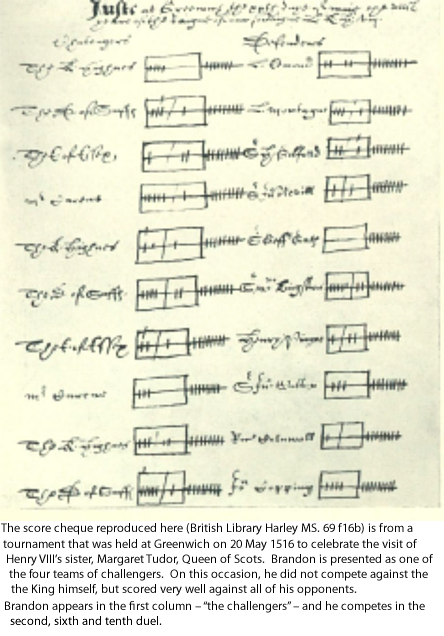 The score cheques record information such as the names of competitors, how many courses they ran, their scoring hits to the head or body, and their faults.

“They are effectively a way of quantifying chivalry and manhood,” said Emma.

Beating everyone, but the king

She has taken a special interest in the career of Charles Brandon (pictured left), a man of relatively modest status who joined the court of Henry VIII and became Duke of Suffolk, marrying Henry’s sister Mary Tudor, despite little or no involvement in warfare, theology or politics – the normal arenas for advancement.

“The only thing he is any use at is jousting.  This is something that has been completely overlooked,” said Emma.  “I have used the score cheques to look at him and they show that he is the best jouster in Henry’s court – see the original score cheque (pictured right) – and he often jousts against the king.

However there is no doubt that the younger Henry VIII was genuinely skilled with the lance himself.

“People imagine that he just won because he was king, but he was very good,” acknowledged Emma.  “The score cheques show us the kind of marks that he was able to hit and he had to have a very skilled technique to be able to do that.”

After a jousting accident in 1536, Henry was unable to compete again, leading to a decline into obesity, and this had massive implications for his reign. 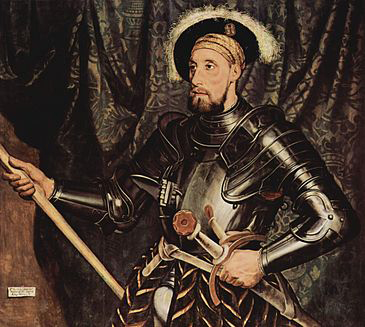 “What do you do when you can no longer jump on a horse and be masculine?  How do you retain your manhood?” asked Emma.  In Henry’s case, he raised an army and invaded France.

In addition to the score cheques, Emma is examining several other sources for her investigation of tournament culture and masculinity.  These include accounts of tournaments by heralds, an examination of surviving suits of armour, plus portraits of Tudor courtiers, such as a depiction of Sir Nicholas Carew (pictured right) in which he is brandishing a lance.  The famous Holbein depictions of Henry himself emphasise key aspects of the king’s manhood – his legs and his codpiece.

Emma recently presented a paper at the prestigious International Medieval Congress in Leeds, after which a leading academic publisher expressed interest in her work.  Her PhD supervisors at the University of Huddersfield are Dr Katherine Lewis and Dr Pat Cullum, who are authorities on medieval masculinity.