PhD researcher to explore the science behind scalp cooling 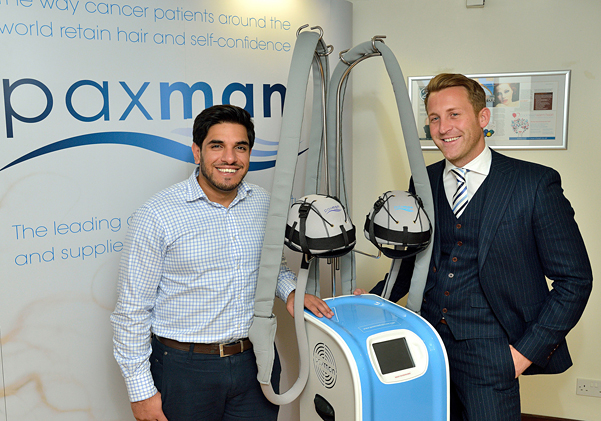 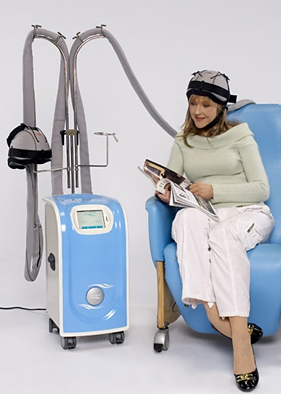 THE hair loss that is often an emotionally devastating consequence of chemotherapy can be halted by the use of special scalp cooling devices used before, during and after treatment.  Now University of Huddersfield researchers, working closely with one of the world’s leading companies in the field, have analysed the science behind the process, paving the way for further technological developments.

The success of the project means that the company, Huddersfield-based Paxman Coolers, will provide funding so that key researcher Omar Hussain – who has an academic background in the pharmacology of cancer treatment – can continue to work on scalp cooling as he progresses towards his PhD.

Paxman have collaborated with the biology department of the University of Huddersfield on a Government-backed Knowledge Transfer Partnership (KTP), designed to establish the scientific basis of scalp cooling and its success rate with different drugs.  Omar was the KTP Associate, supervised by the University’s Dr Nik Georgopoulos and Dr Andrew Collett.

Now, an article in the specialist journal Toxicology in Vitro reports on the findings of the project.  Omar Hussain is a co-author, alongside four University of Huddersfield scientists plus colleagues from a research institute in the Netherlands.  They summarise the results of lab tests that provide experimental evidence that cooling can markedly reduce the hair loss caused by some of the drugs most commonly used in chemotherapy.  This supports the clinical evidence.

There is also evidence that the choice of temperature can be crucial and the way is paved for further research, which will now be conducted by Omar Hussain, to be based at Paxman and at the University of Huddersfield, where his PhD supervisors will be Dr Collett and Dr Georgopoulos. 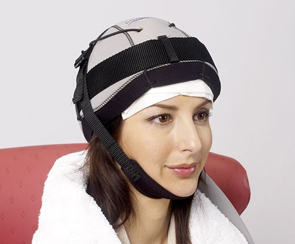 For Richard Paxman, who is managing director of the company that manufactures and markets scalp cooling systems – with 2,000 now in use around the world – the research collaboration with the University of Huddersfield has been a major success that will enable further improvements in the treatment and the technology.

“When a patient comes to us and asks what the chances are of keeping their hair, at the moment we are very fair and say they are 50 per cent.  Now we want to take that up to 80 per cent and we believe that greater understanding of the scientific mechanisms will allow us to do that,” he said.

Omar Hussain – who has presented his research at several international conferences, in tandem with a Paxman team – described how he replicated the effect of scalp cooling in laboratory conditions.

Cells were taken from hair follicles and subjected to a simulation of chemotherapy treatment.  Experiments were conducted with different levels of temperature, from 37 degrees C – the normal temperature of the human body – and then lowered.  As the temperatures fell, cell survival increased.

“Compared with 37 degrees there are huge differences,” said Omar.  “At low temperatures, cells are being rescued and maintained well and this promotes the cooling effect.”  He added that the optimum temperature for scalp cooling is yet to be finalised, although it is below 22 degrees C.

A patient wears a scalp cooler for 30 minutes before chemotherapy, continues to wear it during treatment and for 90 minutes afterwards.  As part of his research, Omar Hussain tested the response of more than 50 people – Paxman staff plus University staff and students – to wearing the device.

“The first ten minutes are when everybody feels a slight discomfort.  After that they are fine,” he said. 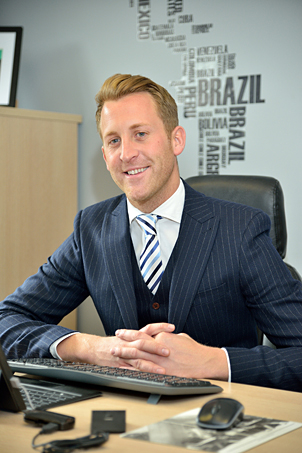 After extensive testing and research – with Omar closely involved – Paxman plans to launch a fourth generation scalp cooler in 2016.  Richard Paxman said that acceptance of scalp cooling technology was initially slow during the early years of development, but sales have grown by at least 20 per cent annually for the past five years and are expected to accelerate further.  Export business is especially strong.

The firm has deeply personal origins.  The Paxman family has several generations’ experience in refrigeration technology, dating back to the 1950s when Glenn Paxman’s father Eric invented the beer cooler.  Glenn is also the proprietor of leading drinks dispensing firm Brewfitt, founded in the 1970s.

Glenn decided to explore the potential of scalp cooling when his wife developed breast cancer and was distraught at the prospect of losing her hair during treatment.

“It was a very emotional time, but my father, with his entrepreneurial attitude, and his brother Neil, an expert in refrigeration, decided to develop a scalp cooler that would work,” he said.

The Paxman company is the result and it has drawn deeply on the scientific resources and expertise of its local university, first with a KTP and now by providing the funding for doctoral-level research that will boost the business and reduce the stress for cancer sufferers worldwide.