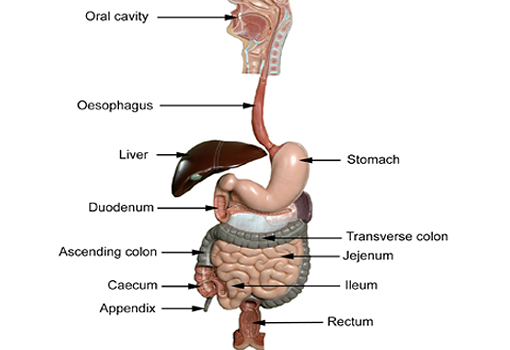 A diagram of the human gastrointestinal tract

A BREAKTHROUGH in drug testing developed by a University of Huddersfield lecturer could lead to cheaper, more effective medicines.  Dr Hamid Merchant is a member of the team that has created a device which accurately simulates the gastro-intestinal tract and how it absorbs medication.  This means that the cost of clinical trials could be greatly reduced, with savings passed on to customers.

Dr Merchant has joined the University as a Senior Lecturer in Pharmaceutics.  Previously a postdoctoral fellow at University College London (UCL), he has extensive research experience, with a speciality in drug delivery and formulations.  He has published regularly in peer-reviewed journals and made presentations to prestigious bodies that include the American Association of Pharmaceutical Scientists, to whom he has described his work in developing the apparatus for testing the solubility of medicines in their annual meeting and exposition in November 2013 at St Antonio (Links to abstracts... AAPS 2013-R6065, AAPS 2013-T3050, AAPS 2013-W5338, AAPS 2013-T3119, AAPS 2013-R6310).

The device is the subject of a patent application – with potential commercial partners already expressing interest – and a working prototype has been constructed at UCL.  It has already been used, under contract, by drug companies in order to test new products.  Dr Merchant now aims to establish a second prototype at the University of Huddersfield. 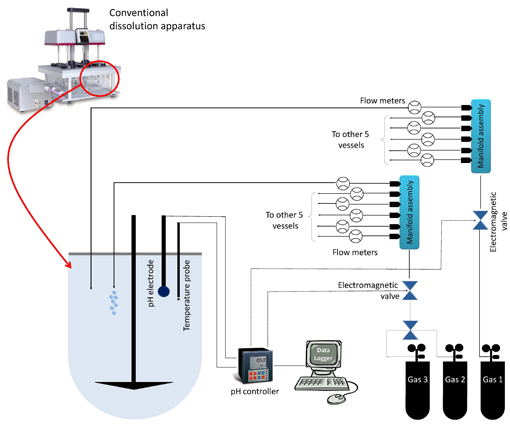 Dr Merchant explained that the cycle for developing and delivering a new drug involves pre-clinical tests on animals.  If these are deemed safe and satisfactory, clinical trials on humans can then begin.  But differences between animal and human gastrointestinal tracts mean that the pre-clinical tests do not always provide sufficiently reliable information about drug absorption from differing formulations.  This has to be investigated – at considerable expense – during the clinical trial phase.

Therefore, Dr Merchant and his colleagues developed a laboratory device that simulates the human gut and its differing pH gradients, which play a decisive role in determining the manner, in which orally-administered medications are dissolved and then absorbed.  It is now possible to fairly discriminate the formulations of a new drug and identify potential candidates for further development that are likely to be successful during clinical trials.

“By minimising human trials we would reduce the cost of development, which is then charged to patients when the drug comes to the market – if the development costs are lower, then we can make new drugs more affordable,” said Dr Merchant, who has research experience in industry as well as academia.

The testing device, co-developed by Dr Merchant, includes a chamber for holding a solvent medium plus a pH probe and a control unit.  This monitors changes in the pH of the solvent medium in order to test the performance of a drug carrier at different levels of acidity or alkalinity, mimicking the conditions of the gastrointestinal tract.  The device is particularly suitable for testing and developing dosage forms for oral delivery of drugs and can also simulate the variability between individuals.