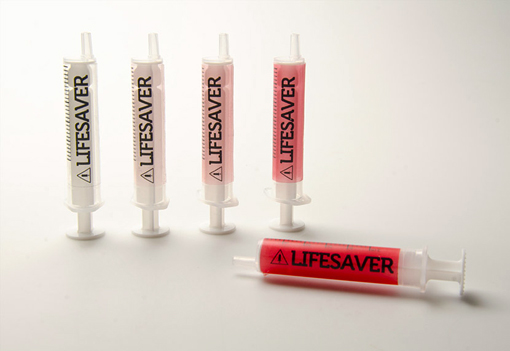 FOR designing a device that has the potential to save hundreds of thousands of lives, University of Huddersfield Reader in Design Dr David Swann (pictured below) has been awarded a globally prestigious prize, which he received at a ceremony in Cape Town, South Africa.

Dr Swann’s ABC Syringe – which changes colour in order to deter harmful reuse – is the winner of the 2014 World Design Impact Prize, which is awarded every two years by International Council of Societies of Industrial Design (Icsid).

In January it was announced that the ABC Syringe had been selected for the final shortlist of three candidates for the prize.  The other projects were a temporary shelter for refugees, developed in tandem with the giant IKEA Foundation, plus a special low-emission stove that provides a safer cooking environment for women in the developing world.

But a panel of international judges concluded that Dr Swann’s ABC syringe could make the greatest impact and he was announced as the winner at the World Design Capital International Design Gala in Cape Town.

Dr Swann was invited to attend and he received a trophy from Icsid President Dr Brandon Gien.

In this video Dr Swann explains the background to the product and outlines his hopes for its development in the future.

The ABC Syringe (A Behaviour Changing Syringe) is the full name given to Dr Swann’s invention, designed to tackle a massive global healthcare problem.  It is estimated by the World Health Organisation that up to 40% of the 40 billion injections administered each year are delivered with syringes reused without sterilisation.  This is responsible for large proportions of new cases of HIV and hepatitis, responsible for some three million deaths every year.

Dr Swann’s solution is a plastic syringe that is colourless while it remains in its nitrogen-filled pack.  But exposure to air activates an ink applied to the label on the barrel.  There is a brief treatment window – lasting about a minute – before the ink, having absorbed CO², turns the label to red.  This alerts patients to the fact that the syringe has been used once and is therefore no longer sterile.

Backing by the World Health Organisation

Hundreds of thousands of lives could be saved if the practice of reusing syringes could be drastically curtailed and the World Health Organisation has made safer injection practice one of its key priorities.

Influential support for the ABC Syringe came from Peter Evans, who was leader of a World Health Organisation’s project on syringes.  He wrote: “Teaching about the perils of reuse of syringes is a fundamental part of medical training and yet, throughout the developing world, reuse continues to be a generally accepted practice.  Part of this is because there is no immediate feedback that something is wrong.  The ABC Syringe – an indicator showing prior exposure to air and therefore non-sterile – is to my knowledge unique.”

News of Dr Swann’s award was also hailed by famous business guru Theo Paphitis – who has links with the University of Huddersfield, having helped devise a unique degree course for entrepreneurs.  “Many congrats to Huddersfield Uni designer David Swann for winning the World Design Impact Prize for lifesaving syringe,” Mr Paphitis tweeted to his thousands of followers, when he heard the news.

Dr Swann – who is a Reader in Design and the Subject Area Leader for Product Design and Interior Design at the University of Huddersfield’s School of Art and Design – has made a speciality of using his product design skills to solve health care challenges.  An earlier project – the creation of a modern nursing bag made of non-permeable white plastic, much easier to cleanse of bacteria – made the shortlist for the 2011 INDEX: Design to Improve Life awards, arguably the world’s most prestigious design contest, and thanks to Dr Swann’s link with the awards scheme the travelling INDEX design exhibition made its sole UK stopover at the University of Huddersfield’s campus.

In the autumn of 2013, Dr Swann’s syringe project was shortlisted for the People’s Choice Award for the latest INDEX Awards.  Publicity arising from this – including a feature by news giant CNN – meant that Dr Swann was contacted by commercial parties in countries ranging from the USA to India, including Nepal, the Dominican Republic, South Africa and Nigeria, as well as European countries.

It has also been announced that the London-based Design Museum has placed the ABC Syringe in the shortlist for the Products category in its 2014 Designs of the Year contest.  It will be showcased at an exhibition of the nominees which opens at the museum on 26 March and runs till 25 August. The winning designs in each category – chosen by expert judges – will be announced later in the year.