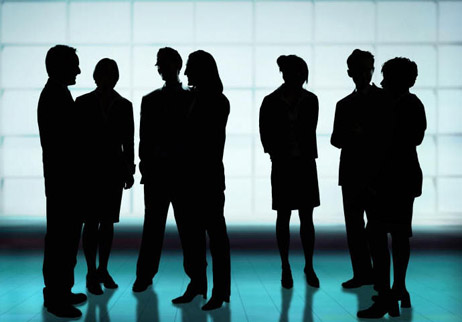 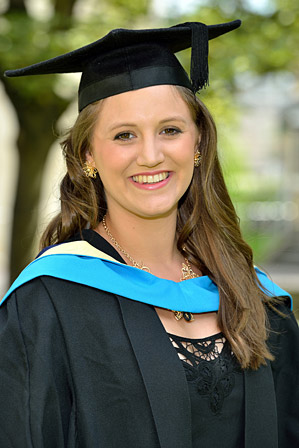 A BREAKTHROUGH by a talented University of Huddersfield student has shown for the first time that people with psychopathic tendencies who have high IQs can mask their symptoms by manipulating tests designed to reveal their personalities.  It raises the possibility that large numbers of ruthless risk-takers are able to conceal their level of psychopathy as they rise to key managerial posts.

Carolyn Bate (pictured), aged 22, was still an undergraduate when she carried out her groundbreaking research into the links between psychopathy and intelligence, using a range of special tests and analysing the data.  She wrote up her findings for the final-year project in her BSc Psychology degree.  Not only was she awarded an exceptionally high mark of 85 per cent, her work has also been accepted for publication by the peer-reviewed Journal of Forensic Psychiatry and Psychology – an unusual distinction for an undergraduate.

Carolyn, who has now graduated with First Class Honours, said that her project was triggered when she read about research which showed that while one per cent of the population were categorised as psychopaths, the figure rose to three per cent in the case of business managers.

“I thought that intelligence could be an explanation for this, and it could be a problem if there are increased numbers of psychopaths at a high level in business.  The figure could be more than three per cent, because if people are aware they are psychopathic they can also lie – they are quite manipulative and lack empathy.  This could have a detrimental effect on our everyday lives,” said Carolyn, who added that some researchers have suggested that episodes such as the Wall Street Crash could be blamed on the numbers of psychopaths among decision makers.

She points out that, despite the media’s invariably lurid use of the term, there are various categories of psychopath and they are not all prone to physical violence.

“The ones who are at the top of businesses are often charming and intelligent, but with emotional deficits, as opposed to psychopaths who are quite erratic and tend to commit gruesome crimes and are often caught and imprisoned.” 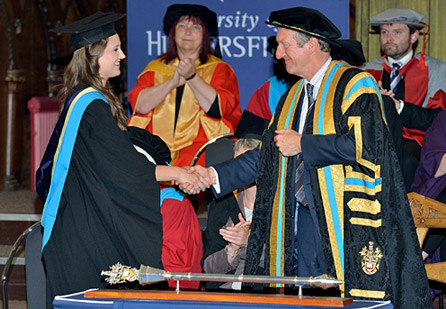 To test her ideas, Carolyn assembled 50 participants, mostly from among students, who underwent a series of tests – conducted in strict confidence – beginning with an appraisal of IQ levels using a standard procedure.  Then they completed the Levenson Self-Report Psychopathy Scale, which established which participants had either Factor One or Factor Two psychopathic tendencies.

Then Carolyn used the technique of Galvanic Skin Response (GSR).  Electrodes were attached to the fingers of participants in order to gauge their reactions to images on a computer screen.  They included pictures of crying children, people being threatened and scenes of natural disasters.  There were no truly horrific images, but they were of the sort that would shock a completely normal person.  However, a person with Factor One psychopathic tendencies – the sort more likely to become a business manager – would display little or no emotional response; while a Factor Two psychopath would demonstrate a heightened response due to excitement.

Carolyn found that the GSR responses among her participants were much as she would have predicted – except for the fact that it was only those with lower levels of intelligence who displayed the expected levels of excitement.

The conclusion is that those with higher IQs had sufficient intelligence to fake their emotional response, making it more difficult to detect their condition.  This is the discovery that means Carolyn has made an original contribution to research in the field.

She has contemplated the implications and whether or not it is important to develop new procedures to screen out psychopathic people who are in line for top business posts.

“Perhaps businesses do need people who have the same characteristics as psychopaths, such as ruthlessness.  But I suspect that some form of screening does need to take place, mainly so businesses are aware of what sort of people they are hiring,” she says.

Having graduated in psychology, Carolyn – who is from Leeds and attended Abbey Grange Academy in West Park – is now heading in a different direction.  She returns to the University of Huddersfield for a year in order to acquire a Postgraduate Certificate in Education, with the goal of becoming a maths teacher.

But she retains the fascination for psychology that led her to study the subject at degree level and she praises her University of Huddersfield tutors, including Dr Daniel Boduszek, Senior Lecturer in Criminal Psychology, who supervised her final-year project, now to be published.  “I am really grateful to Dan, who was an excellent tutor,” says Carolyn.