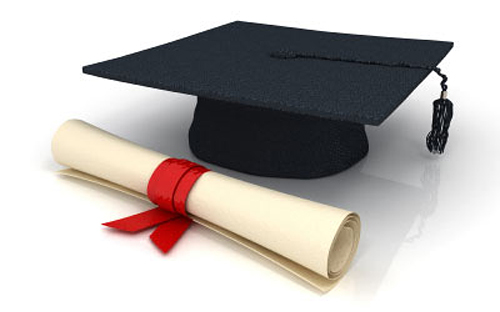 A LEADING clergyman, who has become the first Bishop of Huddersfield, joins professors and knights of the realm among the distinguished people who are to be honoured in 2014 by the University of Huddersfield.

They will receive the title Honorary Doctor of the University at ceremonies taking place in July.

The Right Reverend Tony Robinson is the Bishop of Pontefract, but also the interim area Bishop of Huddersfield, temporarily occupying an all-new Church of England post that has been created as a result of a reshuffle of the Diocese of Wakefield.  Bishop Tony is a former teacher who moved to West Yorkshire in 1997, first as Archdeacon of Pontefract and since 2002 as Bishop of Pontefract.  He chairs Kirklees Faiths Forum and is co-Chair of North Kirklees Interfaith Council working with Muslims and Christians in Dewsbury and Batley.  He was a founder member of Interfaith Kirklees, which works with schools to provide education and promote community cohesion, and of Wakefield Interfaith Group, which he also chairs.

Also to be honoured are (in alphabetical order):

A leading figure in the construction industry, Mr Bernard Ainsworth lives in Huddersfield, and is the go-to man for major construction projects.  He was the head of development for the iconic London Shard and the surrounding London Bridge Quarter for the Sellar Property Group.  His previous projects include the Millennium Dome and the Manchester Commonwealth Games, which played a major role in regenerating the east of the city.  Mr Ainsworth has developed close links with the University of Huddersfield’s School of Art, Design and Architecture, where he supports students on project-based work.

The violinist Irvine Arditti is the leader of the Arditti Quartet, which he co-founded as a student in 1974.  The Quartet is dedicated to playing new works and has become an institution in the field of contemporary chamber music.  It has performed works by almost all of today’s leading composers.  Irvine Arditti has a personal reputation as a solo interpreter of contemporary violin music and has premiered and released an acclaimed recording of Freeman Etudes by the legendary American composer John Cage.  In November 2013, the Arditti Quartet made its latest appearance at the world-renowned Huddersfield Contemporary Music Festival.

Professor David Crystal OBE is one of the world’s leading experts in the field of linguistics.  He acts as a special consultant for Babel: The Language Magazine, which is published from the University of Huddersfield, itself a key centre for the discipline.  Professor Crystal has earned a wide following outside the academic world and is the author of The Cambridge Encyclopaedia of Language and The Cambridge Encyclopaedia of the English Language.

Philip Darnell is a Huddersfield graduate who has had a highly successful career working for technology giant Hewlett Packard, rising to the position of Vice-President Marketing Operations and Field Marketing.  Mr Darnell has spent his entire career with the company – masterminding sales, marketing and operations at the highest level of one of the world's most innovative technology companies – but has never forgotten his roots.  He has maintained close links with the University by providing Marketing and Business students with placements and over the years he has drafted over 60 graduates from the University into the firm.  Today Mr Darnell works out of its San Diego headquarters as one of the $50 billion firm's senior leaders and has earned a reputation for being the 'man who can' – known for maintaining a people-first approach in an enterprise world.

Professor Guy Lloyd-Jones is a Huddersfield graduate, who studied applied chemistry and chemical technology, graduating in 1989.  He did industrial training locally at ICI Pharmaceuticals before embarking on a distinguished academic research career that has led to his recent election as a Fellow of the Royal Society, one of the highest honours in the scientific world.  He is the first Huddersfield alumnus to become an FRS.  Currently, the Professor of Organic Chemistry heads a major research group at the University of Edinburgh, Professor Lloyd-Jones has retained links with the University of Huddersfield’s School of Applied Sciences and has returned to deliver guest lectures.

Sir John Sorrell, who was knighted in 2008, is an Honorary Fellow of the Royal Institute of British Architects and the founder of the large and successful design business Newell and Sorrell.  In 1999, with his wife Frances, he established the Sorrell Foundation, with the aim of inspiring creativity in young people and improving the quality of life through good design.

Sir John is a UK Business Ambassador for the creative industries, championing and promoting Britain’s creative sector abroad.  He originated and chairs the annual London Design Festival and initiated the National Art & Design Saturday Club, a UK-wide network through which young people can study art and design at their local college or university for free.

Sir Rodney Walker is a businessman who has earned a prominent public profile as a sports administrator and it was for services to sport that he was knighted in 1996.  He is Wakefield born and is a former chairman of the town’s rugby league club.  He is also a former chairman of the Rugby Football League and Sport England.  He has also held positions with organisations that include the Amateur Athletics Association of England and the London Marathon Charitable Trust.  Currently, he is chairman of Goals Soccer Centres PLC.