Aerial view of the European Spallation Source (ESS) to be built at Lund in Sweden.

UNIVERSITY of Huddersfield scientists have played an important part in devising and developing an advanced European neutron research facility, a “super microscope” that will enable thousands of researchers to see and understand the atomic structure of materials.  Now they are celebrating the fact that construction on a site in Sweden will soon begin, almost two decades after the project was mooted. 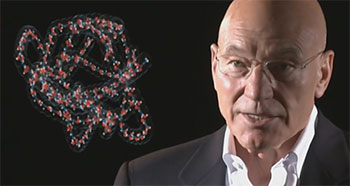 ‌‌For the physicist Professor Robert Cywinski – currently Dean of the University’s Graduate School – news that the European Spallation Source (ESS) can finally proceed is “wonderful news”, although he confesses that the long road towards the development of the facility has often been frustrating.

Along the way he has played a key role in spreading public awareness of the ESS – including the production of a promotional movie fronted by celebrated actor Sir Patrick Stewart (as seen right), who is Chancellor of the University of Huddersfield.

The ESS is to be built at Lund in Sweden, as a partnership between 17 European countries.  Earlier in 2014, the UK Government confirmed that it would provide 10 per cent of the near two billion euro cost of the project, with a contribution amounting to £165 million.  Now the final tranche has been agreed, with Germany confirming that it will participate and furnish 11 per cent of the funding.

It means construction of the ESS will soon be underway.  It is anticipated that the first neutrons will be produced by 2019, although the facility will not be fully operational until 2025.  When it does come on stream, it is thought that some 3,000 scientists a year will use the ESS for neutron-based research into a huge variety of fields, including computer components, fuel cells, textiles, medicines, transport, food technology, DNA and cosmetics.

The ESS will restore Europe’s lead in neutron beam science and its use of “spallation” – meaning that it deploys a particle accelerator to scatter or chip neutrons from a hard metal target – represents a major advance on the nuclear reactor-based technology at most other neutron facilities around the world.  It is anticipated that that the ESS will provide neutron beams that are around 30 times brighter. 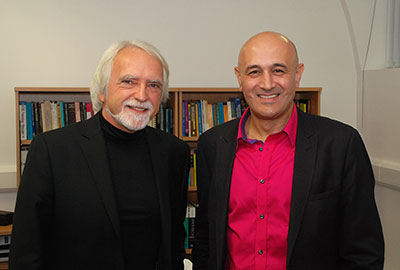 ‌Professor Cywinski and several of his University of Huddersfield colleagues – including Professor Roger Barlow, Dr Cristian Bungau and Dr Adriana Bungau – have been engaged by the ESS to carry out crucial calculations and it is hoped that there will be continued involvement in the design of instrumentation and the accelerators.

Also closely associated with the ESS is the University of Huddersfield’s Professor Rebecca Seviour, who spent a year in Lund seconded to the ESS project as a physicist, helping in the development of the powerful ESS accelerator during its design phase.

“Essentially, the ESS is a two billion euro microscope,” she explained.  “It will be used for everything from condensed matter physics to pharmacy, from biological systems through to communications systems.  It will enable us to gain an insight into a world that is beyond our current abilities to perceive – both temporally and spatially.  We will be able to look inside objects that we can’t naturally look inside.  For example, it will be possible to look deep inside an engine to see if there are any cracks or the strain trapped in the metal – something you can’t do with x-rays or a borescope.”

The foundations of the ESS 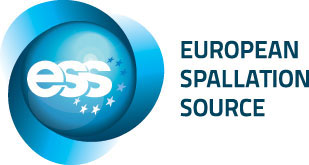 Professor Cywinski can trace the origins of the ESS to the 1980s, although it was the formation of the European Neutron Scattering Association (ENSA) in 1994 that put the project on the European agenda.

“ENSA brought the very large European neutron scattering community together – between 4,000 to 5,000 scientists who used neutrons regularly as part of their research in engineering, physics, chemistry, biology, archaeology, almost everything where you need to know the structure of materials,” said Professor Cywinski, who  at various times was secretary, vice-president and chairman of ENSA.

But although a design for the ESS was almost complete by the late 1990s, the Americans and the Japanese were able to build their own spallation facilities well in advance of the Europeans.

“It has been frustrating.  We knew we had had a good project – so good that the Japanese and the Americans have invested in the technology – but in America and Japan you have a single doorstep on which to put a proposal, whereas in Europe you have got 20 odd doorsteps and all of them have got to be equally receptive,” said Professor Cywinski.

He was the prime advocate of a proposal that the ESS should be built at a site near Selby in Yorkshire, and the regional development body Yorkshire Forward was fully aware of the economic benefits.  But in 2009, Lund in Sweden was chosen and Professor Cywinski, who was official spokesperson for the ESS during its preparatory phase, welcomed the announcement, commenting that “this is the real thing, something we can focus on and move forward”. 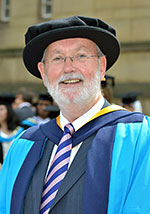 ‌Now the foundations of the ESS will soon be laid and Professor Cywinski and his colleagues, including the University of Huddersfield’s Professor Sue Kilcoyne, are looking forward not only to continued engagement with the development of the facility, but also the opportunities to use it for their own neutron-based research.

A central figure in the development of the European Spallation Source is the experimental physicist Professor Colin Carlile, whose career included a seven-year spell as director of the world-renowned Institut Laue-Langevin neutron facility at Grenoble in France before he was appointed Director General of the European Spallation Source in 2007, holding the post until 2013.  In that year, he was awarded an honorary doctorate by the University of Huddersfield (as seen pictured).