Textile Craft lecturers’ work features at the Victoria and Albert 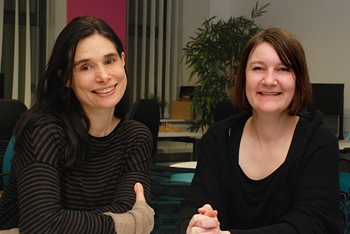 CAN embroidery be political?  Can a stitch become subversive?  A group of students and staff at the University of Huddersfield are to contribute to an international conference that explores the legacy of Rozsika Parker’s book The Subversive Stitch, first published in 1984.

The two-day conference is named The Subversive Stitch Revisited.  It will take place at the Victoria and Albert Museum in London on November 29-30, and Huddersfield lecturers Dr Rowan Bailey (right) and Claire Barber will be joined by four students.  They will deliver a presentation – including an experimental film – based on the volunteer opportunities on the University’s Textile Crafts course.  The paper, named The Sleeping Bag Project, aims to explore how textile skills and creativity can be used to foster thinking around social issues such as homelessness. 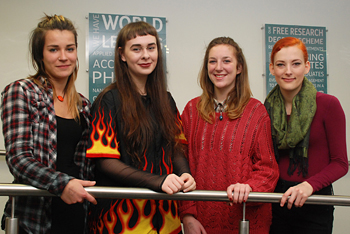 It began in 2009, when a shelter for the homeless in Bradford put out a call for people to gather sleeping bags that had been discarded at the end of the Leeds Music Festival.

‌“We would wash and clean the sleeping bags, but I also started to think about using our textile skills to add to them,” said Claire.  “When you go to a shelter, there might be a baker baking bread or a hairdresser cutting hair, and I thought we’re artists – is there something we can bring?” 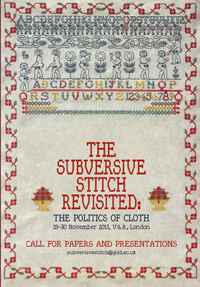 ‌She also began to devise a project for her Textile Crafts students and eventually it became embedded into the curriculum.  As a result, large numbers of sleeping bags – either obtained via a charity or from the Leeds Festival site – were not only embellished using a variety of techniques, but they were provided with useful extra features such as internal pockets for stowing possessions.

The two-day conference takes its name and inspiration from the seminal book by Rozsika Parker.  It probed the relationship between women and embroidery and is credited as a major breakthrough in art history and criticism.  It was recently re-issued in 2010.

Now, the event entitled The Subversive Stitch Revisited: The Politics of Cloth explores the legacy of the book and features a wide range of international contributions, including the University of Huddersfield presentation.  After an introduction from Rowan Bailey and Claire Barber, there will be a description of the Sleeping Bag Project from PhD student Charlotte Cullen and undergraduate students Kashika Ashley-Cooper and Elin Humphreys.

There will also be a short film inspired by the project made by student Josie Capel (shown here).

Although the Sleeping Bag Project enables students to use a wide range of practical skills and embroidery techniques, it also has a political dimension, says Claire Barber.

“We don’t ask students directly about the politics embedded in the project, but in our discussions we have talked about the political dimension.  It is about the environment – we have encountered a lot of waste through this project – then there is the humanitarian element, the politics of empathy and social politics.”

See below for a series of photos depicting the journey of the Sleeping Bag Project, from sourcing the materials through the devastation left by festival goers after Leeds festival, to finally handing the finished products over to the homeless shelters. 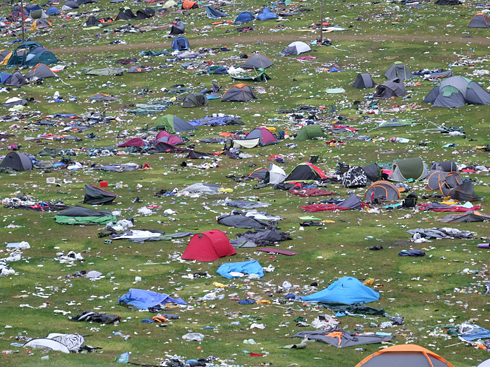 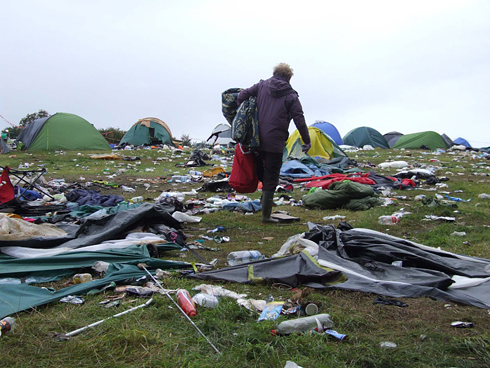 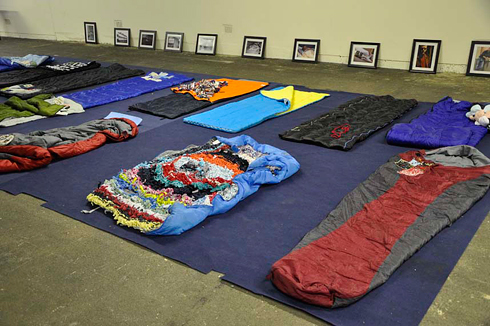 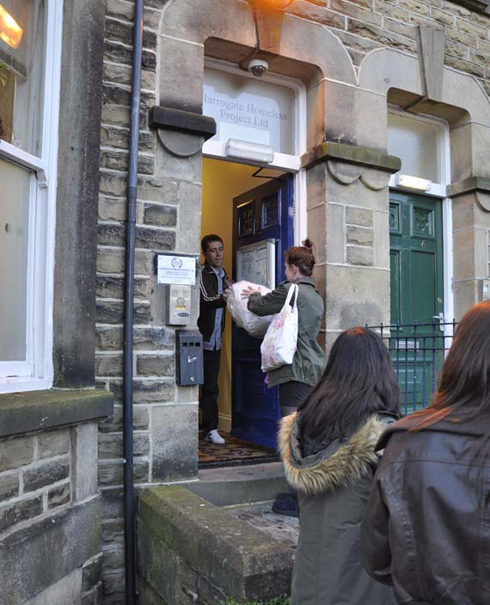