Professor’s book outlines a vision for railways in the North to be run by a not-for-profit, social enterprise consortium 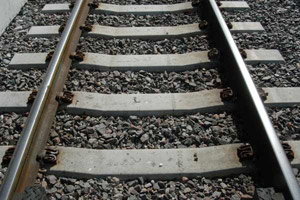 A PROFESSOR’S vision that railways throughout the North of England could be operated by a  not-for-profit company, with passengers having a say over how it is run, could become reality if a franchise bid is assembled by a consortium including trades unions and Labour-run councils.

But time is tight.  The franchise currently operated throughout the region by Northern Rail is up for renewal in 2016.  Bids to take over will have to be made within the first half of 2014.  So Paul Salveson (pictured below), a Visiting Professor in Transport Studies at the University of Huddersfield, who developed the concept of community railways, is urgently making the case for a consortium to be formed.

His new book, Railpolitik, sternly criticises many aspects of Britain’s privatised rail system, such as increased costs and higher fares.  But he does not seek a return to full nationalisation.

“The book is about how we can move on from the privatised system, but not go back to the monolithic, state-owned British Rail,” said Professor Salveson.

“I am looking for innovative, not-for-dividend solutions of the sort that have worked in other industries – such as Welsh Water – where the profits don’t go into shareholders’ pockets.

“It is an approach which delivers good value for money and good service,” he added. 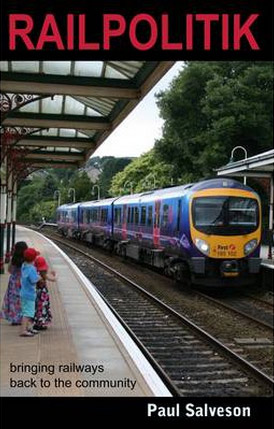 Professor Salveson has also penned a policy document – derived in part from his research for Railpolitik – entitled Northern Railways: an achievable vision.  In it, he argues that the UK’s regional railways could become “outstanding examples of social enterprise and sustainable transport”.  A social enterprise train company for the North could combine “innovation, high-quality service and public accountability”.

He calls for an alliance of Labour-controlled local authorities, trades unions, the co-operative movement, transport campaigners and MPs to form a consortium that could mount a serious bid for the Northern Rail franchise.

‌Professor Salveson also outlines the mission and values of a mutually-owned company, which he has dubbed “Northern Railways”.  It would, he claims, provide “a high quality, accessible and affordable service which respects the environment and promotes sustainable development”.

It would also offer “value for money to the taxpayer, high levels of employee and community engagement and a rewarding career for its workforce”.

The current Northern Rail franchise – held by the Anglo-Dutch Serco-Abellio conglomerate – makes an annual profit of around £40 million, while still requiring a government subsidy of £500 million, states Professor Salveson.  He acknowledges that his proposed consortium would still require a high level of taxpayer support.  But this could be reduced gradually.  Meanwhile, the operators of “Northern Railways” would recycle profits into the business, rather than paying them out as dividends.

The rail company would be branded as “unequivocally Northern”, offering a modern take on the North, promoting a sense of community as well as heritage, argues Professor Salveson.

He says that at least £5 million would be required to make a serious bid for the franchise.  But rail companies – which lease rolling stock and premises – do not necessarily require a great deal of investment capital, argues Professor Salveson, who was awarded an MBE for services to the railway industry in 2008.

He has held talks with a range of people, including MPs and transport authority chairs, who might help take his concept forward.

“It is well worth having a go.  But we need to get something assembled soon because we would need to get in a franchise bid within six months.”