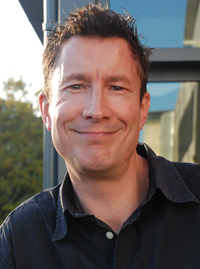 UNIVERSITY of Huddersfield criminology researcher Kris Christmann (pictured right) has taken part in a project, which aimed to discover the true prevalence of the “notoriously under-reported” category of hate crime and make recommendations that would encourage victims to come forward and provide them with back-up when they did.

The project was funded by the Ministry of Justice and commissioned by the Suffolk Hate Crime Partnership.  It was carried out by the Applied Criminology Centre at the University of Huddersfield – where Mr Christmann is based – in tandem with the Hallam Centre for Community Justice at Sheffield Hallam University.

Findings from the project and a series of recommendations have now been published.

“The aims were to try and get a better understanding of the provenance of hate crime in Suffolk and also to find out how to best support victims,” said Mr Christmann.

The researchers interviewed people and groups who were vulnerable to hate crime.  They also conducted a survey which indicated that in Suffolk, the non-reporting of hate crime – offences relating to race, faith, sexual orientation, gender and disability – ranged from 54 per cent for serious incidents to 89 per cent for less serious incidents.

Mr Christmann said that the researchers, after a process of data analysis using a combination of police crime data and data from victimisation surveys, which included the British Crime Survey, arrived at an estimate that hate crime in Suffolk was under-reported by an average of 74 per cent.  Nationwide, the figure might be higher, because Suffolk, with its Hate Crime Partnership, was probably performing better than average.

The main reasons for non-reporting, according to the project’s report, included perceptions that an incident was too trivial, would not be taken seriously by the police, or not dealt with effectively.  Sometimes incidents were so common that they became “normalised”.

There was also a fear of reprisal and in the case of Gypsy Travellers, it was often their families who talked victims out of reporting a hate crime to the police.

The published report from the project will help public, private and voluntary agencies in Suffolk to increase the proportion of hate crimes reported to the police and will lead to a better understanding of how support victims, witness, their families and communities. 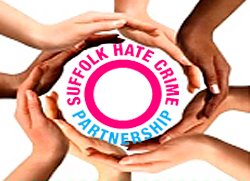 It is hoped that a “virtuous spiral” will result, with better support for victims leading to higher rates of reporting and more effective methods for tackling hate crime.

The report – Hate Crime in Suffolk: Understanding prevalence and support needs – was launched at a special event at Sheffield Hallam University.  The Deputy Director of its Centre for Community Justice is Kevin Wong, led the research project.  He is an associate member of the University of Huddersfield’s Applied Criminology Centre, which is situated within the Institute for Research in Citizenship and Applied Human Sciences (IRCAHS).