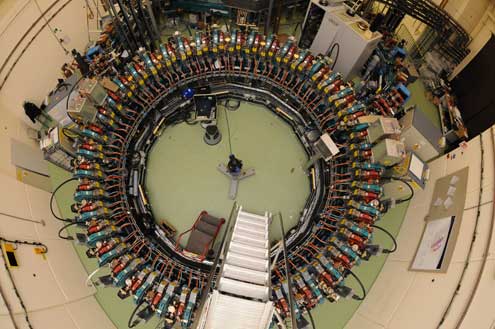 Overview of EMMA, a brand-new type of particle accelerator

CANCER treatment could be massively improved and nuclear power could be generated much more cleanly and safely thanks to a new type of particle accelerator developed in Britain, with University of Huddersfield professors playing a key role.

The breakthrough is described in the latest edition of prestigious scientific journal Nature Physics.  The article’s co-authors include the University of Huddersfield’s Professors Roger Barlow and Rob Edgecock. 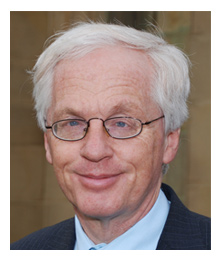 The article reports the first experimental results from EMMA, which is expected to be the prototype for a brand new type of particle accelerator.

Existing accelerators have had a profound impact.  Their uses in medicine include the development of the MRI and X-rays.  But they operate on principles developed over 50 years ago and their potential is limited by their sheer size, complexity and cost.

By contrast, EMMA’s innovative technology is more compact, cost effective and operationally simpler, allowing the more widespread use of accelerators to tackle some of the most difficult problems facing society.

The beneficial role of nuclear particle therapy of cancers, particularly in the treatment of radiation-resistant and awkwardly sited tumours, is well known.  It is therefore hoped that in the future this new technology will allow hospitals to implement a more effective form of beam therapy to help cure some of the most difficult cancers.

The ground-breaking concept is based on a ring of magnets which use their combined magnetic field simultaneously to steer and focus the electron beam around the machine.  The strength of this magnetic field increases steeply as the beam spirals outwards while it is accelerated to 20 million electron volts around the ring.

Professor Barlow, who is a member of the International Institute for Accelerator Applications at the University of Huddersfield, was leader of the project named CONFORM that developed EMMA and co-author of the Nature Physics paper.  Professor Edgecock – also on the author list – was leader of the EMMA project within CONFORM.

“Experimental work is ongoing, with more detailed studies being undertaken on some of the novel aspects of the machine and the clear next step is to begin to apply this technology to the range of possible applications.”

Dr Andrzej Kacperek at the Clatterbridge Centre for Oncology said: “From its origins, the development of the EMMA project has been pursued with an awareness of its role in nuclear particle therapy of cancers.  Although enormous improvements have made in radiotherapy techniques using X-ray beams over last decades, the advantage of particle beams remains undiminished.

“The EMMA design reflects the need for a compact design, both in size and weight, that clinical centres require, with the ability to be used with a gantry system, which transports the beam from any angle around the patient, and the sophisticated beam control necessary to allow ‘painting’ of the tumour volume.”