THE fictional forensics experts who feature in TV crime dramas can make dazzling deductions from the torsos and body parts laid out on a slab in their lab.  In the real world, however, there is still an enormous amount to be learned about human decomposition.

“For example, forensic scientists can provide a reasonably accurate estimate of time of death, but certainly can’t pinpoint it exactly, as they do on TV,” says the forensic anthropologist Dr Anna Williams (pictured below right), newly arrived as a senior lecturer at the University of Huddersfield, where her research will add to the stock of knowledge about human decomposition. 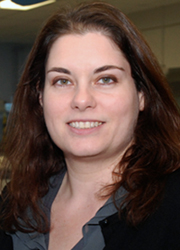 And it will be done by studying dead pigs at a special decomposition facility that will be created at a suitable, secure site.

“Pigs can be buried or left on the surface.  They can be wrapped up in plastic, put in a coffin – whatever we can imagine.  It depends on what we want to study,” said Dr Williams, who set up a smaller scale, trial decomposition unit at her previous university.

In the United States, there are ‘body farms’, where scientists can study the decomposition of actual human corpses, often donated by people in their wills.  Such facilities would be legal in the UK, if permission was obtained from the Human Tissue Authority, Environment Agency and other authorities, said Dr Williams.

But the likely levels of opposition and the greater difficulties of finding a suitable site mean that this country is unlikely to acquire a facility for human taphonomy – the study of decay – in the immediate future.  So, until then, pigs are used by forensic anthropologists as an “analogue” for human bodies.  They can yield a great deal of valuable information, says Dr Williams.

It is known that decomposition is dependent on temperature and the activities of insects and scavengers.

“But we have only rough ideas about how decomposition is affected by climate, moisture, humidity levels, the size of the body, the time of year when the body is put out, the effect of certain coverings over it – and many other aspects that we need to explore.”

In this video Dr Williams talks about her role as a forensic anthropologist, how her expertise will help the department and about her current research interest - the gaseous products of decomposing bodies.

One area of research will be the gases produced by decomposition and the efficiency of dogs specially-trained to detect buried and submerged cadavers.  Dr Williams is supervising a PhD student who is investigating this topic.

Knowledge gained will be of great value in criminal investigation and court proceedings, but will also be relevant in other fields, wherever a death is surrounded by uncertainty, says Dr Williams.  As an example, she cites the occasional discovery of elderly people who have died and remained undiscovered for an indeterminate period of time.

In addition to her research, Dr Williams will be teaching at undergraduate and postgraduate level.  Her specialist area adds another layer of expertise to the burgeoning forensics department at the University of Huddersfield. 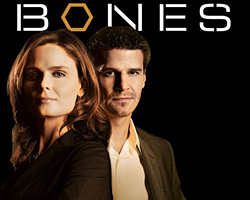 Dr Williams was introduced to the fairly new science of forensic anthropology during her undergraduate studies in archaeology at Oxford University.  She developed her new found interest with a Master’s and PhD in the subject, before embarking on her research and lecturing career.

‌Apart from work on human decomposition, she has also developed several other strands of research, such as artificial cranial deformation, a cultural practice in parts of South and Central America and Africa where babies’ heads are bound with bandages or boards, creating elongated skulls or squashed skulls.  She is investigating the neurological impact of this practice.

‌Meanwhile, despite their exaggerations, Dr Williams is a fan of TV forensics science dramas.

“Other scientists can get pedantic about how unrealistic they are, but I think that the bigger picture is more important because these programmes are getting people interested in forensic science.  If shows like CSI and Bones can help raise the public awareness and the need for research facilities, then that can only be a good thing.”