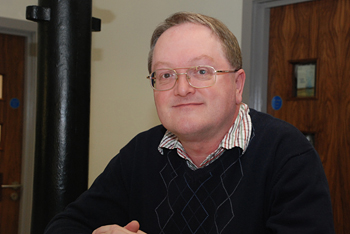 THE University of Huddersfield’s Professor Paul Scott is one of a select group of UK scientists to have been awarded a prestigious Fellowship in Manufacturing by the Engineering and Physical Sciences Research Council (EPSRC).  He will receive more than £900,000 to conduct a project that aims to ensure greater accuracy in the manufacture of crucial components ranging from turbine blades to human joint implants and microelectronics.

The EPSRC invited applications for the Fellowship in Manufacturing, restricted to three rounds with approximately three-to-four Fellowships in each round.  After a rigorous selection process, Professor Scott’s proposal for a project named Controlling Geometrical Variability of Products for Manufacturing‌ earned him a fellowship. 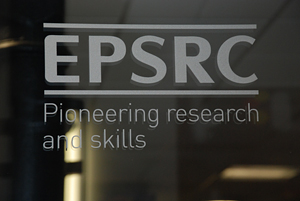 His research, scheduled to last until 2018, is now underway.  Two post-doctoral researchers will be specially appointed and based – with Professor Scott – in the University of Huddersfield’s EPSRC Centre for Innovative Manufacturing in Advanced Metrology.

When designed by computer, a product – at its “nominal stage” – is perfect in every respect, including its geometry, explained Professor Scott.  However, manufacturing processes are unable to replicate this perfection, resulting in “variability”.  The long-established way to accommodate this is to build “tolerance zones” into the design.  However, with many modern, technically-advanced products, this is not acceptable and resulting levels of imprecision in specification and subsequent manufacture can have serious consequences – such as artificial hip joints which fail.

Now Professor Scott, as an EPSRC Fellow of Manufacturing, will investigate ways of ensuring much greater geometrical accuracy during the process of manufacturing.  Using computational geometry he will develop new algorithms and new international standards will emerge.

In addition to the research component of his Fellowship – for which he has been awarded £920,000 over five years – Professor Scott will also attend six-monthly meetings with the other EPSRC Fellows in Manufacturing.  All Fellows will have been appointed by the close of 2013.

There is also the likelihood that the current EPSRC Fellowship in Manufacturing project will have a second phase.

“They have asked us to plan for a follow up. It’s not just five years full stop,” said Professor Scott, a mathematician by background whose career has included a key role with leading metrology firm Taylor Hobson.  He has also been highly active in setting British and International standards in geometrical product specification and verification.