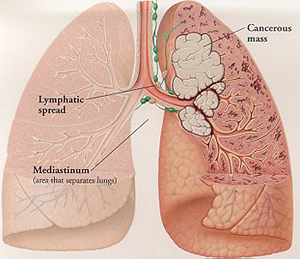 LUNG cancer is one of the world’s biggest killers.  In the UK it accounts for six per cent of all deaths, largely because treatment is often ineffective by the time symptoms are diagnosed.  But researchers at the University of Huddersfield are working on a breathalyser device that will be able to detect very early signs of the disease, making a cure much more likely.  And it will be pharmacists who administer a test that has the potential to save hundreds of thousands of lives.

One scenario might be that people who visit their local pharmacy seeking help to quit smoking will be invited to take the quick and simple test. ‌“The intention is that we will catch patients before they start getting the symptoms.  Once lung cancer patients start experiencing symptoms it is often very advanced and has a very low cure rate,” says Dr Rachel Airley,  the University of Huddersfield lecturer who developed the breath test project.  It has received backing of £105,000 from Dr Philip Brown of the S.G. Court Group, a pharmacy chain based in the South East of England, where initial trials will be carried out.  The University itself has provided matching funding. 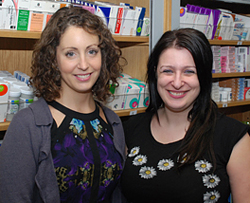 Dr Airley is a former Royal Pharmaceutical Society Scientist of the Year for her work on breast cancer tumours.  She explained that a breath testing device called the RTube (as seen below) was already available, marketed as a research tool for respiratory diseases.  Now the University of Huddersfield project, taking place over three years, will research the ‘biomarker signature’ of lung cancer, as detectable in the breath. 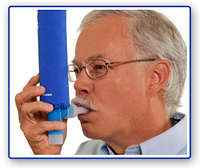 “When you get certain chemicals in someone’s breath, that can be a sign that there is early malignancy,” explained Dr Airley.  “We are looking to be able to distinguish between patients with early lung cancer and patients who have maybe got bronchitis, emphysema or non-malignant smoking related disease...or who have maybe just got a cough.”

A specialist cancer pharmacist, Emer Sheridan, recruited from the Christie Hospital in Manchester, has been appointed as a PhD researcher for the project, which will also draw on the expertise of the University of Huddersfield’s Head of Pharmacy, Professor Henry Chrystyn, a leading authority on lung disease.  Dr Airley and her colleague Dr Patrick McHugh will research the gene biology involved and chemical analysis will be carried out by the University’s IPOS laboratories. 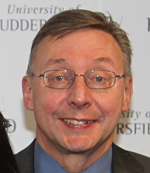 The development of the lung cancer ‘breathalyser’ will be part of the trend towards pharmacists playing an increasing front-line role in health care.

“There are 12,000 community pharmacies in Britain and there is a big move for them to get involved in primary diagnostics, because people visit their pharmacies not just when they are ill but when they are well.  A pharmacy is a lot less scary than a doctor’s surgery,” said Dr Airley.

“The idea is to pick up illnesses almost before they happen.  Lung cancer is ideal for this because it is often not diagnosed 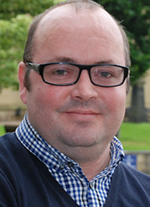 until there are really serious symptoms.”

Smoking cessation clinics that are successfully being run by pharmacists will also be an opportunity to offer the simple, non-invasive breath test.  And once established, the lung cancer ‘breathalyser’ could be adapted for other hard-to-detect cancers, said Dr Airley.

“We are increasingly looking at non-invasive tests as an alternative to X-rays, imaging and blood tests.  As detection methods get more and more sensitive we can pick up things from very easily taken bodily fluids such as saliva or sputum down to microscopic fragments of tissue, or even single cells.”